Are freedom and democracy obsolete?

The Prime Minister of Hungary has said what many people around the world have been thinking:  That freedom and democracy are obsolete.  With today’s complex economic and social problems, the democratic process is always checking and balancing itself, making it just too slow and polarizing, as evidenced by the political paralysis in the United States.  The most successful models that nations should be emulating, he says, are the authoritarian systems of Russia, China, Turkey, and Singapore.

From Harold Meyerson,  Hungary’s prime minister a champion for illiberalism – The Washington Post:

In a speech in late July, Hungarian Prime Minister Viktor Orbán told his countrymen that the nations whose systems are “capable of making us competitive” in the global economy “are not Western, not liberal, not liberal democracies, maybe not even democracies.” Those countries, he continued, were Russia, China, Turkey and Singapore.

If Orbán’s conclusions sound alien to Western ears, some of his arguments are all too familiar. He cited as evidence of democratic dysfunction the political divisions and economic inequality in the United States. He accused the European Union of neglecting the interests of whites in favor of immigrants. Hopping merrily between leftist, rightist and centrist critiques of the political paralysis and economic chasms that characterize many Western nations, our own most particularly, Orbán concluded that the solution to these myriad malaises was illiberal nationalism.

Mr. Meyerson is on the leftist side of things, so he identifies this kind of authoritarianism as an alternative to “liberal” (that is, “free”) economics and governments with conservatives.  But notice how President Obama is making the same complaints about America’s political system and making policy by executive edict rather than legislative process.

How would you answer Mr. Orbán?  Or does he have a point? 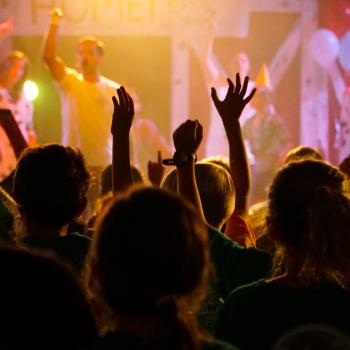