Fighting ALS (“Lou Gehrig’s Disease”) is a worthy cause, worth dumping an ice bucket over your head.  The main beneficiary of the “Ice Bucket Challenge” is the ALS Association.  The problem with that group, though, is that they use a stem cell line from an aborted child.  There are, however, other ALS research organizations that honor the sanctity of life.  Read some good guidance on this issue after the jump, along with links to the groups that would make good use of your money.

A new wave of videos has made its way across the Internet this summer in which people are dumping ice water on their heads and challenging others to do the same. This is the ALS Ice Bucket Challenge, a “viral” campaign to raise awareness of and money to fight ALS, a debilitating neurological disease responsible for two of every 100,000 deaths in the U.S. Also known as “Lou Gehrig’s Disease,” it has afflicted professor Stephen Hawking for more than 50 years and, in 2006, caused the death of Lutheran theologian and professor Kurt E. Marquart. Currently, there is no known cure —available treatments mostly treat the symptoms of the disease.

The ALS Ice Bucket Challenge began July 29, 2014, as a way to help those who have the disease by raising money for research. Participants make a video in which ice water is dumped on them, and sometimes they dump the water themselves. Celebrities such as LeBron James and “Weird Al” Yankovic have participated, as have former Presidents Bill Clinton and George W. Bush. At the end of each video, the soggy participant usually “calls out” a few people to participate, giving them the option of either making their own video or sending $100 to the ALS Association for research.

The video appears to be an enormous fundraising success. According to the ALS Association, they have received more than $41.8 million this year, compared with $2.1 million as of the same time last year. So between the fun videos — and many of them are riotously hilarious — and the fundraising to combat a debilitating and incurable disease, this is a win for everyone, right?

There is one concern with this challenge, and it is by no means a small one. The ALS Association, which is promoting the ALS Ice Bucket Challenge, sends its money to research groups to find new treatments and to look for cures. Unfortunately, a substantial amount of that money — $500,000 in 2013 — goes to a group that conducts its research using a stem cell line that started from the spinal cord of a baby who was electively aborted at eight weeks’ gestation. In other words, the research conducted by this group depends upon the death of an innocent, pre-born baby.

Among the thousands of people who have taken up the ALS Ice Bucket Challenge are many Christians who are acting out of love for their neighbor that was first shown them in Christ’s life and death for all. Knowing that such a frightening and destructive disease is afflicting so many of those around us, Christians are naturally moved to compassion, and that compassion manifests itself in action like the ALS Ice Bucket Challenge. Unfortunately, because the research methods are not widely publicized, most Christians simply do not know how much of this research is carried out and would be appalled to learn the details of embryonic stem cell research.

In the Fifth Commandment, God forbids murder. The taking of innocent human life, as is the case with the embryonic stem cell line used by one of these research groups, is by definition murder. It is still murder even if the purpose of killing the baby is to harvest his spinal cord to develop medical therapies. The research being conducted with this embryonic stem cell line, then, is unethical, and Christians should not support research that begins with the murder of a baby.

Thus, I advise Christians not to send their money to any group that funds embryonic stem cell research. It should be noted though that stem cell research that uses stem cell lines harvested from adult skin cells or from the umbilical cords of babies who have been born should not be considered unethical, and Christians may support this type of research with a clear conscience.

Thankfully, ethical alternatives exist for those Christians who are moved to support research to treat ALS. A quick Internet search revealed at least four organizations that are conducting research using the ethically-harvested stem cell lines, and some of the research conducted from those lines has already shown great promise toward effective therapies.

Editor’s note: These organizations are among those that avoid the use of embryonic stem cells in their medical research efforts:

August 28, 2014 Militarized bureaucracies
Recent Comments
0 | Leave a Comment
"When it comes to what terms like "anti-discrimination," "equity," "inclusion," and such mean confusion is ..."
reg A Lutheran Critique of National Conservatism
"Off topic: you have until Oct 3rd to comment on a HHS rule that would ..."
DakotaLutheran A Lutheran Critique of National Conservatism
"As others have said previously, it doesn't contain much specific. Just overarching asperations. To get ..."
MarkB DISCUSS: The GOP’s New Contract with ..."
"You mean legal codes that put reality in place over a badly devised fiction."
Rev_Aggie_98 DISCUSS: The GOP’s New Contract with ..."
Browse Our Archives
Related posts from Cranach 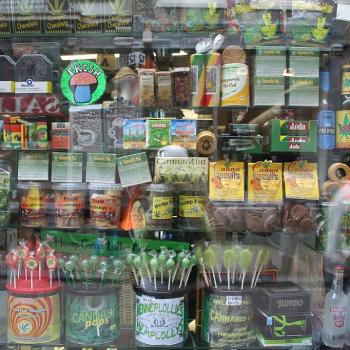 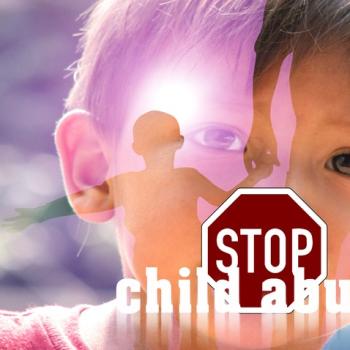