A British newspaper reports that American efforts to stop ISIL are failing, as ISIL continues to win victory after victory against the Iraqi army and Kurdish rivals in Syria.  The airstrikes are just not working.  Even with American air support, the Iraqi army keeps running away.  Meanwhile, ISIL is gaining more and more territory and is getting stronger and stronger.

From War against Isis: US strategy in tatters as militants march on – Comment – Voices – The Independent:

America’s plans to fight Islamic State are in ruins as the militant group’s fighters come close to capturing Kobani and have inflicted a heavy defeat on the Iraqi army west of Baghdad.

The US-led air attacks launched against Islamic State (also known as Isis) on 8 August in Iraq and 23 September in Syria have not worked. President Obama’s plan to “degrade and destroy” Islamic State has not even begun to achieve success. In both Syria and Iraq, Isis is expanding its control rather than contracting.

Isis reinforcements have been rushing towards Kobani in the past few days to ensure that they win a decisive victory over the Syrian Kurdish town’s remaining defenders. The group is willing to take heavy casualties in street fighting and from air attacks in order to add to the string of victories it has won in the four months since its forces captured Mosul, the second-largest city in Iraq, on 10 June. Part of the strength of the fundamentalist movement is a sense that there is something inevitable and divinely inspired about its victories, whether it is against superior numbers in Mosul or US airpower at Kobani.

In the face of a likely Isis victory at Kobani, senior US officials have been trying to explain away the failure to save the Syrian Kurds in the town, probably Isis’s toughest opponents in Syria. “Our focus in Syria is in degrading the capacity of [Isis] at its core to project power, to command itself, to sustain itself, to resource itself,” said US Deputy National Security Adviser Tony Blinken, in a typical piece of waffle designed to mask defeat. “The tragic reality is that in the course of doing that there are going to be places like Kobani where we may or may not be able to fight effectively.”

Unfortunately for the US, Kobani isn’t the only place air strikes are failing to stop Isis. In an offensive in Iraq launched on 2 October but little reported in the outside world, Isis has captured almost all the cities and towns it did not already hold in Anbar province, a vast area in western Iraq that makes up a quarter of the country. It has captured Hit, Kubaisa and Ramadi, the provincial capital, which it had long fought for. Other cities, towns and bases on or close to the Euphrates River west of Baghdad fell in a few days, often after little resistance by the Iraqi Army which showed itself to be as dysfunctional as in the past, even when backed by US air strikes. 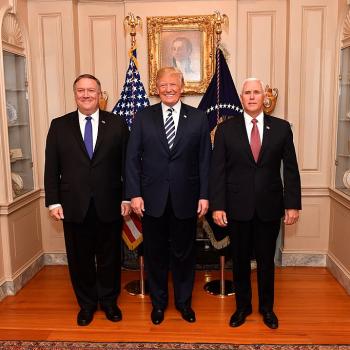