Some ministers are signing a “marriage pledge” promising not to sign state marriage licenses as a protest against legalized gay marriage.

This strikes me as a terrible, if well-intentioned, idea.  Doesn’t this mean that the marriages performed by these pastors won’t be legally recognized, unless the couple goes through a separate civil service?  Also, at least for Lutherans but also for most Protestants, marriage is not a sacrament; rather, it falls under the responsibility of the Kingdom of the Left, so that it falls under civil jurisdiction.  (The Reformers fought hard to get marriage out from under the restrictions of the church’s Canon Law into the laws of the state.) In a wedding, the church blesses the marriage in God’s name, which is very important, but it doesn’t create a marriage in a sacramental sense.  (It would for Catholics, so I can see how they could sign a marriage pledge, but I can’t see how Protestants could.  That marriage has to do with the temporal authorities does not mean that the state can create new definitions of marriage, but it still has a legitimate legal authority that we are obliged to honor.)

So I don’t see how the marriage pledge can be either legally or theologically correct.  But maybe I’m missing something, so I’m open to correction.  Read the pledge after the jump.

From The Marriage Pledge:

In many jurisdictions, including many of the United States, civil authorities have adopted a definition of marriage that explicitly rejects the age-old requirement of male-female pairing. In a few short years or even months, it is very likely that this new definition will become the law of the land, and in all jurisdictions the rights, privileges, and duties of marriage will be granted to men in partnership with men, and women with women.

As Christian ministers we must bear clear witness. This is a perilous time. Divorce and co-­habitation have weakened marriage. We have been too complacent in our responses to these trends. Now marriage is being fundamentally redefined, and we are ­being tested yet again. If we fail to take clear action, we risk falsifying God’s Word.

The new definition of marriage no longer coincides with the Christian understanding of marriage between a man and woman. Our biblical faith is committed to upholding, celebrating, and furthering this understanding, which is stated many times within the Scriptures and has been repeatedly restated in our wedding ceremonies, church laws, and doctrinal standards for centuries. To continue with church practices that intertwine government marriage with Christian marriage will implicate the Church in a false definition of marriage.

Therefore, in our roles as Christian ministers, we, the undersigned, commit ourselves to disengaging civil and Christian marriage in the performance of our pastoral duties. We will no longer serve as agents of the state in marriage. We will no longer sign government-provided marriage certificates. We will ask couples to seek civil marriage separately from their church-related vows and blessings. We will preside only at those weddings that seek to establish a Christian marriage in accord with the principles ­articulated and lived out from the beginning of the Church’s life.

Please join us in this pledge to separate civil marriage from Christian marriage by adding your name.

November 20, 2014
Legalism vs. Antinomianism vs. knowing the Master
Next Post 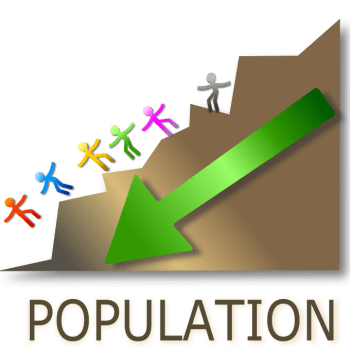 The Nonsense of Nonviolence (King Legacy Pt. 2)
In the wake of the murder of Tyre Nichols and the continuing...
view all Evangelical blogs
What Are Your Thoughts?leave a comment