My new book on the imagination

I have published a new book, one that I collaborated on with Matt Ristuccia, an evangelical pastor in Princeton.  It’s called Imagination Redeemed:  Glorifying God with a Neglected Part of Your Mind.

The imagination often gets mystified these days with its association with the arts and creativity.  We get into those areas in the book, but we are trying to recover a much more basic understanding of the concept.  The imagination is simply the power of our minds to conjure up mental images.  When you use your memory to recall past experiences, when you make plans for the future by visualizing what you are going to do tomorrow, when you daydream, when you dream, when you fantasize, when your consciousness is just running on neutral, you are using your imagination.

There have been quite a lot of Christian reflection on the faculty of the mind known as reason.  Other mental powers such as the emotions and the will have gotten significant attention.  But there has not been that much lately on the imagination, which, arguably we use more than any of the other mental faculties.  Older theologians, however, from Augustine to Luther, did address the imagination, as we go into.  After the jump, I will explain some of  what this book gets into and has to offer.

(1)  The Bible has quite a bit to say about the imagination–speaking, for example, of idolatry and false religions in general as being products of the fallen imagination.  The Bible also addresses the imagination of its readers and hearers in its descriptions, parables, and prophetic visions.

(2)  The imagination has an important moral dimension, both negatively and positively.  Jesus says that committing adultery in the “heart” is sinful, even though the sinner never acts on that imaginative fantasy.  Conversely, the Golden Rule and injunctions such as “weep with those who weep and rejoice with those who rejoice” (Romans 12:15) require the imaginative act known as  empathy.  We give some pointers for cultivating, such as we can, a more moral imagination.

(3)  We show the connection between imagination and worldview.

(4)  When we read, the author’s imagination stimulates and directs the reader’s imagination.  Thus, reading exercises and builds the imagination more than taking in a movie, which can have value of its own, but which involves passively receiving the images constructed by someone else’s imagination.

(5)  We often evaluate books and other forms of art in terms of what they “say,” of their overt themes and meanings.  Another way is to attend to the imaginative experience they give us.  Tolkien, for example, says little about Christianity as such in his fantasies, but he nevertheless gives us, arguably, a very wholesome and very Christian imaginative experience that can influence us positively in profound ways.

(5)  The imagination is a place where thought and feeling, objective facts and subjective response, come together.

(6)  We have a chapter on imaginative apologetics, drawing on some very interesting recent work on that subject.  Part of the problem many unbelievers have is not that they have rational objections to the faith but that they simply cannot imagine spiritual realities.  Their imagination is so constrained by their narrow materialistic worldviews that they take for granted, they are unable to conceive of anything transcendent.  The apologetic task is often to open up non-believers’ imagination to mysteries that defy comprehension.  In Tolkien’s words, to help them escape their prison.

And lots more, including an account of classical meditation on the Bible (which engages the imagination, as well as the intellect and the will), an appropriation of Kant and Coleridge, a full-on reading of the Book of Ezekiel (which is puzzling until you approach it via the imagination), etc., etc.

From the Amazon site:

Contrary to popular perception, the imagination isn’t just for kids, artists, or fans of science fiction. Rather, it’s what bridges our thinking and feeling, allowing us to do everything from planning a weekend getaway to remembering what we ate for breakfast.

In Imagination Redeemed, Gene Veith and Matthew Ristuccia uncover the imagination’s importance for Christians, helping us understand who God is, what his Word teaches, and how we should live in the world today. Here is a call to embrace this forgotten part of the mind as a gift from God designed to bolster faith, hope, and love in his people.

“For many, the imagination is synonymous with fantasy and childishness—something to outgrow as we mature. But Veith and Ristuccia have done the church an incredible service in lifting up the critical role of the imagination in the Christian life. Their insights help us realize that it’s only when our imaginations are engaged that we are able to live out our calling faithfully in every arena of life.”
—David H. Kim, Executive Director, Center for Faith and Work, Redeemer Presbyterian Church, New York City, New York; author, Glimpses of a Greater Glory and 20 and Something

“This is a biblically grounded, down-to-earth, and eminently accessible book. It deserves to be widely read.”
—Jeremy S. Begbie, Thomas A. Langford Research Professor of Theology, Duke Divinity School; author, Resounding Truth: Christian Wisdom in the World of Music

“Veith and Ristuccia offer practical steps for keeping our imaginations captive to Christ. Veith clearly defines imagination and explains its role in our daily lives, tracing our understanding of imagination through key figures in history. Ristuccia insightfully exposits sections of Ezekiel, showing how God engages our imagination to reveal his character and plan of salvation. Reading this book will help you, as it helped me, fulfill the great command to love God with all your mind. I highly recommend it.”
—Danielle Sallade, Campus Minister, Princeton Evangelical Fellowship, Princeton University

“Veith and Ristuccia have teamed up to give us a mind-stretching introduction to imagination from a biblical perspective. As I read this book, I learned things I had never thought about before and was often made to stop, think, and pray.”
—Ajith Fernando, Teaching Director, Youth for Christ, Sri Lanka 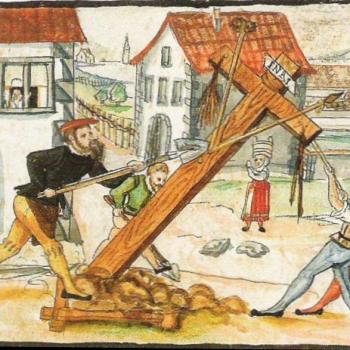