Drinking His cup, being baptized with His baptism

Drinking His cup, being baptized with His baptism March 25, 2015 Gene Veith

Our sermon for the beginning of Passiontide was Mark 10:32-45, the passage about James and John asking Jesus if they could sit on His right hand and His left when He comes into His kingdom.  I had studied this text extensively for what it teaches about authority and vocation (how authority is not to be used to “lord it over” others, but to serve those whom you have authority over).  But somehow I never noticed that the passage is also about baptism and Holy Communion.  Read the connection after the jump.  And see whom God prepared to be on His right hand and on His left.

Are you able to drink the cup that I drink, or to be baptized with the baptism with which I am baptized? How would you answer that? It’s not really a fair question, since we know a bit more than James and John did at that point, when they eagerly answered yes! We know that Jesus was baptized into our death. We know that cup Jesus was about to drink was so dreadful that He would shortly ask His Father to take it from Him, if possible.

But we know especially that we don’t have to, that Jesus transformed those things through the glory of the cross. He who is life is baptized into our death, so that we who die are baptized into His resurrection. He who is sinless drinks the cup of wrath against our sin, so that we who are sinners drink now the cup of blessing, of forgiveness. And so in every baptism and in every Supper, Jesus’ one request from the cross is fulfilled: we are forgiven.

And so James and John and you and I are, in fact, baptized with Jesus’ baptism and drink of His cup – but only after He transforms them from death to life for us. For that is His glory and why He came. That not just James and John, but all of us have seat around Him when He comes again in glory.

But those seats at Jesus right and left in His glory, that James and John asked for? Turns out there were two criminals they were prepared for. James and John really didn’t know what they were asking. And so it was good Jesus did not give those places to them. He gave them places even greater. Places He has prepared for you too. And if Jesus has done all that and provided all that for you, you are free now to serve and forgive others. To be great and glorious for others. For in Jesus, you already are.

March 25, 2015
Social Capital and the Opportunity Gap
Next Post

March 26, 2015 "Unbroken": the Christian cut
Recent Comments
0 | Leave a Comment
"This isn't the same issue. You posted a link that shows you are against all ..."
Elind Where We Are with COVID
"Elind's only purpose is it snipe. They aren't really reading posts for comprehension."
Rev_Aggie_98 Where We Are with COVID
"Health is a superior form of wealth - and the USA trails badly there compared ..."
Alan Drake An Unexamined Revolution
"As usual, always move the goal posts and change the subject instead of responding, and ..."
Elind Where We Are with COVID
Browse Our Archives
get the latest updates from
Cranach
and the Patheos
Evangelical
Channel
POPULAR AT PATHEOS Evangelical
1 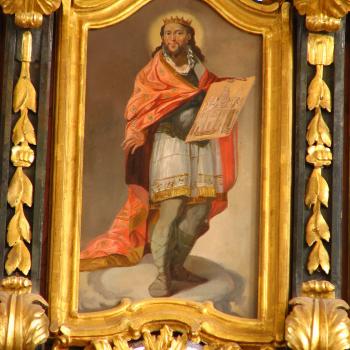 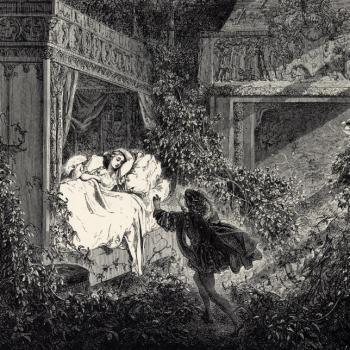