A tape has emerged of the Senior Director of Planned Parenthood’s Medical Services Department talking about performing abortions to minimize organ damage so that the fetus’s liver, heart, and lungs can be sold.  Trafficking in fetal tissue is a felony that can be punished by 10 years in prison and a half million dollar fine.

After the jump, read the quotations and the discussion by Dominic Bouck.  Then see the video for yourself.

“We’ve been very good at getting heart, lung, liver, because we know that, so I’m not gonna crush that part, I’m gonna basically crush below, I’m gonna crush above, and I’m gonna see if I can get it all intact.”

An undercover video released this morning purports to show Dr. Deborah Nucatola, Senior Director of Planned Parenthood’s Medical Services Department, describing the process of the extraction of the body parts of an aborted fetus for commerce.

“It makes a huge difference,” Nucatola replies. “I’d say a lot of people want liver. And for that reason, most providers will do this case under ultrasound guidance, so they’ll know where they’re putting their forceps. The kind of rate-limiting step of the procedure is calvarium. Calvarium—the head—is basically the biggest part.”

The video is the first by The Center for Medical Progress in its “Human Capital” series, a nearly 3-year-long investigative journalism study of Planned Parenthood’s illegal trafficking of aborted fetal parts. Project Lead David Daleiden notes: “Planned Parenthood’s criminal conspiracy to make money off of aborted baby parts reaches to the very highest levels of their organization. Elected officials must listen to the public outcry for Planned Parenthood to be held accountable to the law and for our tax dollars to stop underwriting this barbaric abortion business.”

July 15, 2015 What churches can expect from the world
Recent Comments
0 | Leave a Comment
"Well, yesterday's post made reference to the world having gone mad. But more likely, he's ..."
Pete Republicans Shouldn’t Vote?
"Trump simply doesn't want his supporters to move on from his claim of a stolen ..."
Tom Hering Republicans Shouldn’t Vote?
"I care because I'm tired of this narrative that she was a terrible candidate whom ..."
Amaryllis “The World Has Gone Mad”
"Well, patheos is giving me the Billy Britz. Do you think it recognises rhyming slang?"
Afterthought “The World Has Gone Mad”
Browse Our Archives
get the latest updates from
Cranach
and the Patheos
Evangelical
Channel
POPULAR AT PATHEOS Evangelical
1 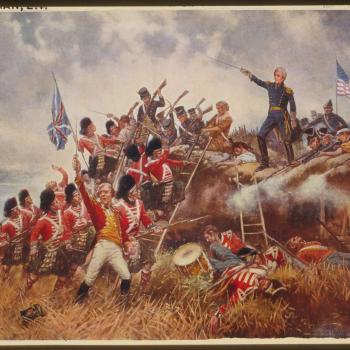 Climate catastrophe?
[Friends, this post came out in an altered form at World magazine last week. ...
view all Evangelical blogs
What Are Your Thoughts?leave a comment
Copyright 2008-2021, Patheos. All rights reserved.