The right to dignity

Law professor Jonathan Turley, who supports gay marriage, said that the judges could very well have ruled to that effect by invoking the equal protection clause of the 14th Amendment, as lower courts have done.  But instead it invokes the section on “due process” and asserts this new right to “dignity.”  Prof. Turley, who shows how Justice Kennedy has been building up to this notion in a number of his other rulings, is worried about this new legal doctrine, saying that it opens up all kinds of legal and civil liberty cans of worms.

From Jonathan Turley, Clinton and Obama are on the wrong side of history – The Washington Post:

But Kennedy’s moving language was more than just aspirational thoughts on dignity. He found a right to marriage based not on the status of the couples as homosexuals but rather on the right of everyone to the “dignity” of marriage. The uncertain implications of that right should be a concern not just for conservatives but also for civil libertarians. While Obergefell clearly increases the liberty of a historically oppressed people, the reasoning behind it, if not carefully defined, could prove parasitic or invasive to other rights. Beware the law of unintended constitutional consequences.

For the record, I have long advocated the recognition of same-sex marriage. But the most direct way the justices could have arrived at their conclusion would have been to rely on the 14th Amendment’s equal protection clause. It, along with the civil rights legislation of the 1960s, holds that all citizens are entitled to the same treatment under the law, no matter their race, sex, religion or other attributes known as “protected classes.” Kennedy and his allies could have added “sexual orientation” to the list of protected classes, making the denial of marriage licenses an act of illegal discrimination. This approach would also have clarified the standard in a host of other areas, such as employment discrimination and refusal of public accommodations.

Instead, Kennedy fashioned the opinion around another part of the 14th Amendment, holding that denial of marriage licenses infringed on the liberty of gay men and women by restricting their right to due process. As Justice Clarence Thomas correctly pointed out, liberty under the Constitution has largely been defined as protection against physical restraints or broader government interference — “not as a right to a particular governmental entitlement.” While Kennedy makes a powerful case for an expansive new view of due process, he extends the concept of liberty far beyond prior decisions.

In reality, he has been building to this moment for years, culminating in what might now be called a right to dignity. In his 1992 Casey decision, he upheld Roe v. Wade on the basis of “personal dignity and autonomy [that] are central to the liberty protected by the Fourteenth Amendment.” Kennedy wove this concept of protected dignity through a series of cases, from gay rights to prison lawsuits, including his historic 2003 Lawrence decision striking down the criminalization of homosexuality. These rulings on liberty peaked with Obergefell, which he described as an effort of the petitioners to secure “equal dignity in the eyes of the law.” He used the word “dignity” almost a dozen times in his decision and laid down a jurisprudential haymaker: “The Constitution promises liberty to all within its reach, a liberty that includes certain specific rights that allow persons, within a lawful realm, to define and express their identity.”

These words resonate with many of us, but it is not clear what a right to dignity portends. As Justice Antonin Scalia predicted in an earlier dissent to Lawrence, it signals “the end of all morals legislation.” Some of us have long argued for precisely that result, but the use of a dignity right as a vehicle presents a new, unexpected element, since it may exist in tension with the right to free speech or free exercise of religion.

I can see this precedent being used to legalize euthanasia (“death with dignity”), to limit speech that someone finds offensive (that does not respect that person’s dignity), to criminalize “intolerance” (which violates a person’s dignity),  to outlaw religious proseletyzing (which denies the dignity of other people’s religion), and. . . .what else?

July 6, 2015
The Declaration of Independence and natural law
Next Post

July 7, 2015 How the Greek economy is like ours
Recent Comments
0 | Leave a Comment
Browse Our Archives
get the latest updates from
Cranach
and the Patheos
Evangelical
Channel
POPULAR AT PATHEOS Evangelical
1 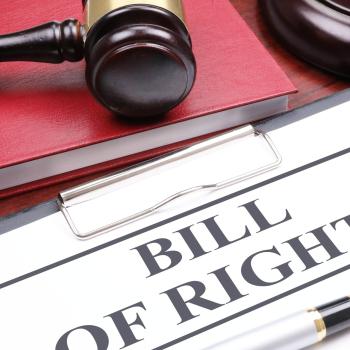 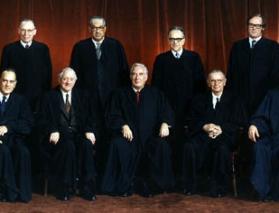 Evangelical
No, Luther Isn't to Blame for Subjectivism
Cranach 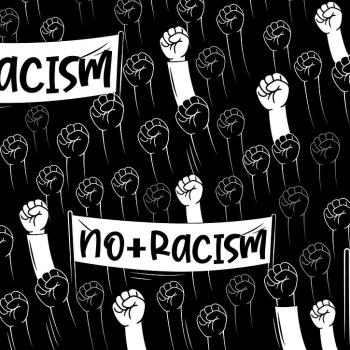 Evangelical
Can Only White People Be Racist?
Cranach
TRENDING AT PATHEOS Evangelical