A Spanish site linked to my post of long ago on the forensic research that reconstructed what St. Nicholas looked like.  The site includes renditions (unfortunately without links to the original sources) of nine other historical figures who received the same treatment, including Copernicus, Dante, Bach, and Richard III.

Especially striking was the reconstruction of the appearance of King Tutankhaten, the young Pharaoh whose looks reflect the messed-up genetics of sister marriage, as often practiced in the ancient Egyptian royal line, including Tut’s parents.  But there is also a reconstruction of one of his father’s other wives, Queen Nefertiti, who is revealed to have been a stunning beauty.

But the most interesting reconstruction is that of the Apostle Paul, based on bones recovered at a site where he was said to have been buried as tallied with portrayals in early iconography. See St. Paul after the jump.

GOOGLE TRANSLATE VERSION:
The year 2009 was an investigation of a first-century tomb , located on the altar of a Roman temple. It is believed that the remains found there are of San Pablo … a thin man.

October 12, 2015
Did Homeland Security sabotage the speaker's race?
Next Post 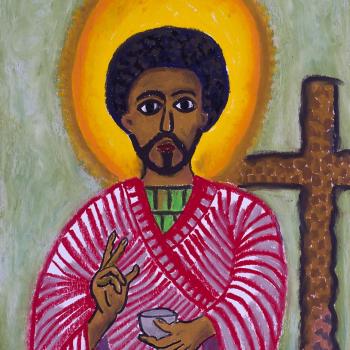