Delegate selection as a way to stop Trump

Despite the primary elections, it’s the party, through its delegates in convention, that selects its presidential nominee.  But who gets to be a delegate?  Those state boosters in funny hats that we watch on TV are mostly party insiders, chosen at state conventions or given an automatic slot because they are current office holders.

By law, they have to cast their first votes according to the results of the primaries.  But after that, if the nomination goes to a second ballot, they can vote for whoever they want.  And, as the state selection process gets underway, it is already evident that many of the delegates who have to vote for Trump actually prefer Ted Cruz, whose organization is actively working to get his people chosen as delegates.

Read about this after the jump.  Do you think this backdoor, inside game could thwart the will of the people who voted in the primaries?  Or is it entirely legitimate?  Would the return of the politics of the “smoke filled room” be anti-democratic or a good thing?

It would seem that Trump’s only way to get the nomination is to win enough pledged votes on the first ballot.  And that is extremely likely.  But if it goes to a second ballot, his own delegates are likely to abandon him because of the way they were selected.  Either way, those of us watching at home will be watching a convention comprised of lots of delegates who do not like the person they are voting to nominate.

With the increasingly loud talk of a contested Republican convention, the obscure process of picking who actually gets to be a delegate is about to get underway in states across the country — with an urgency that has not been felt in decades.

These are the 2,472 people who will be filling Cleveland’s Quicken Loans Arena in July, many wearing silly hats and waving placards. Normally little more than props in a week-long infomercial, delegates could instead be the power brokers who determine the nominee at the GOP convention this time around.

Nearly all will be required to vote for a specific candidate on the first ballot, based on the results of the primaries and caucuses in their states. But if no candidate wins enough delegates to clinch the nomination, there will be subsequent rounds of voting. In that scenario, the vast majority of delegates would be free to vote as they please. . .

The potential for intrigue is enormous. State delegations who vote for one candidate on the first ballot could actually turn out to be sleeper cells for another as the voting proceeds.

Nor are they bound at any point to support the candidate to whom they are pledged on fights over rules, credentials, the platform or the vice presidential nominee. Those kinds of battles can determine whether the convention is an orderly coronation or a street fight, possibly even putting new names in contention. . . .

From  Shadow campaign to deny Trump his delegates begins – POLITICO:

Cruz can take heart that even if South Dakota votes for Trump in June — binding nearly all 29 delegates to back the New York billionaire on the first ballot — the delegates signaled they’re with him at heart.

“I have a preference for Cruz,” said Matt Bruner, a Republican precinct chairman from White. “Right now, seeing Kasich in there — Kasich is in the race for nothing other than a hope and prayer. … It’s very, very much a Cruz delegation.”

The Cruz edge in South Dakota could be significant if Trump scores a primary win there on June 7. State party procedures require 26 of the state’s 29 delegates to vote for the popular vote-getter on the first ballot in Cleveland. All 26 delegates signed a legally binding oath to fulfill that responsibility on Saturday. But Trump could find himself in a hole in a contested convention if members of the South Dakota delegation — and others around the country — begin abandoning him.

“There’s a strong resistance to Trump from a number of these people,” said Lance Russell, a delegate and state representative from Hot Springs. . . .

Most of South Dakota’s delegates are current or former state lawmakers, tight with party insiders. Others are local businessmen and women active in Republican Party politics. Several told POLITICO they intend to keep their leanings quiet until a contested convention and make strategic decisions based on the unpredictable results of early balloting. For example, in a contested convention, candidates could choose to name running mates — or join forces and run together — which would change the delegates’ calculus.

“I’m supporting Ted Cruz, but I’m going to support on the first ballot whoever the citizens of South Dakota support in the Republican primary. Beyond that, we’re gonna have to look at what the situation is and what kind of alliances can be drawn and how can the votes be structured to get somebody the nomination and what’s gonna unify the party,” said John Teupel, a former state lawmaker and member of the delegation.

March 28, 2016 My new book on vocation is out
Recent Comments
0 | Leave a Comment
Browse Our Archives
Related posts from Cranach 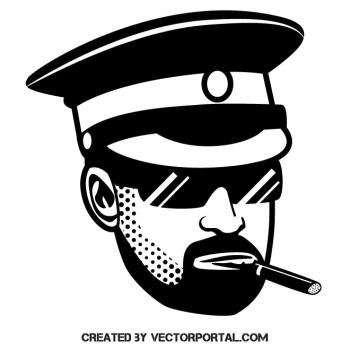