The figure of the wanderer dominates the popular imagination, as evident in the heroes of our popular TV shows and movies.  So observes Alissa Wilkinson at RogerEbert.com, who says the wanderer reflects the spiritual condition of our time.  As an example, she points to the TV series “Preacher,” based on a comic book about a tormented pastor with strange super powers and a dark attitude.  He is trying to track down a demon that has destroyed his congregation.  I suspect some of you pastors can relate to that.

Have any of you seen this show or read the comic it is based on?  I haven’t, but it sounds kind of good, though I can’t tell from the review if it is being blasphemous or religious (in a “winter Christian” kind of way). 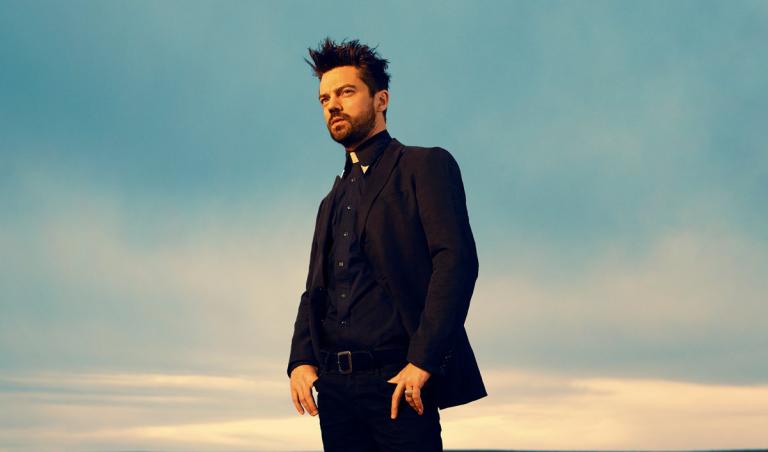 The AMC show “Preacher” is set in rural Annville, a tiny town in west Texas, a place on the edge of apocalypse. Jesse Custer’s church is emptying out, trumped by the megachurch down the street that lures worshippers with an on-campus Starbucks. The town has lost faith and, with it, any real hope. It’s a place no preacher should have to be, including Jesse’s late father and, now, Jesse himself (who’s an incredibly lousy preacher when the story begins).

“Preacher” story is full of wanderers: Cassidy, for instance, the 119-year-old Irish vampire running to escape vampire hunters, as well as the men who are pursuing him (or are they?). (Early in the show we’re also introduced to Odin Quincannon, the wealthy man who likes to chill out in his office by listening to recordings of the sounds made by slaughtered cows who, maybe significantly, shares a name with the Norse god who wandered among humans disguised as a character called “The Wanderer.”) The show backtracks on its source material—a series of comics by Garth Ennis and Steve Dillon—to introduce us to Jesse as he is suddenly possessed by a force far beyond his control, something evil and powerful that gives him the ability to command anyone in terms they find irresistable. The books tell us that Jesse and his pals will soon embark on a long, roaming mission across the West to locate God, who’s abdicated his perch atop the pecking order, and tell him off. Surelysomeone’s got to do that job, but boy howdy, it isn’t one a man would choose—so naturally it’s the man with a dark, violent past who gets set on that course, with his murderous ex-girlfriend and a sardonic alcoholic vampire for sidekicks.

They are the consummate wanderers in the new American west. In the universe of “Preacher,” God is slowly revealed to be more or less ineffectual. Religion and goodness doesn’t work anymore. Only power, violence, and the force supplying Jesse with his mysterious power can make things happen, which means all those things are more almighty than God. In turn, Jesse didn’t invite the power—it grabbed and possessed him. He, and everyone else, goes where it takes him: “It feels like there’s a big blender in my gut—and inside that blender, there’s everything,” he says. “Love, hate, fire, ice, polonium, ice cream, tarantulas, everything. All of God’s creation inside me.”

The comic book sounds even better, with this description giving you an idea about what is going on.

Counterfeit King and Kingdom
Daniel 3:1-3 – King Nebuchadnezzar made an image of gold, whose height was...
view all Evangelical blogs
What Are Your Thoughts?leave a comment
Copyright 2008-2020, Patheos. All rights reserved.