One silver lining in the black cloud that is the current election is that many Christians are rethinking the relationship between their faith and their political beliefs.  Many Christians are rejecting both the Republicans and the Democrats and are seeking different possibilities for political engagement. There is now a third party that is strongly pro-life, pro-religious liberty, and pro-“family values,” while also being more on the liberal side when it comes to economic and environmental issues.

The American Solidarity Party calls itself “the only active Christian Democratic party in the United States.”  Christian Democratic parties are very prominent in Europe–that’s the party of German Prime Minister Angela Merkel, for example–and it is the way Christian activism tends to expresses itself in other countries, a hybrid of liberalism and conservatism, rather than straight conservatism.  (See my previous blog entry on the subject.)  Another way to look at it is as an expression of Roman Catholic social teaching.  Thus, the American Solidarity Party is anti-war and anti-death penalty–taking the “whole” pro-life position–while also advocating the decentralizing teachings of subsidiarity as found in localism, small business, and limited government.  (So its economic liberalism is not exactly the big government variety favored by the Democrats.)  But the party and its ideas aren’t just Catholic–the party chairman is a Baptist.

The American Solidarity Party is running Michael Maturen for president and Juan Muñoz for vice-president.  They will only be on the ballot in three states (Louisiana, Florida, and Colorado), though they are registered for write-in status in 30 states.  So no, they won’t win, but they represent another option that could grow into something more in the future.

What do you think about this party?  Would you vote for the Maturen-Muñoz ticket, if you could?

After the jump, read the party platform.  (HT:  George Yancey)

National Platform of the ASP

The American Solidarity Party is committed to transcending the Red/Blue divide with coherent policies informed by religious values. We offer the following program for a future based on the principles of Common Good, Common Ground, and Common Sense.

-We support constitutional and legal measures that establish the Right to Life from conception until natural death.

-We call for an end to capital punishment.

-We oppose the legalization of euthanasia and assisted suicide.

-To replace the culture of death with respect for life, we call for adequate social services and income support for women, the elderly, immigrants, and other vulnerable persons.
-We call for a ban on gestational surrogacy contracts.

-We oppose the use of military force in violation of Just War principles.  Among other things, this precludes the use of pre-emptive strikes and disproportionate retaliation.

-We advocate a foreign policy that reduces ethnic and economic tensions world-wide.

-We support laws and policies that reduce the incidence of violent crime on our streets. We call for strict accountability in the use of lethal force by officers of the peace.

Religion in the Public Square
-We acknowledge that the Judeo-Christian worldview has played a positive role in the history and culture of the United States of America. We advocate for laws that allow people of all faiths to practice their religion without intimidation and deplore aggressive secularism that seeks to remove religion from the public sphere.

-We support the legal recognition of marriage as a union of one man to one woman for life.


-The ASP is committed to the defense of the Bill of Rights.

-We deplore the reduction of the “free exercise of religion” guaranteed by the First Amendment to “freedom of worship” that merely exists in private and within a house of worship. The right to follow what the Declaration of Independence called “the Laws of Nature and Nature’s God” must be respected.

-We will defend the rights of public assembly, freedom of speech, and freedom of the press. We oppose the expansion of censorship and secrecy in the interests of “national security.”
-We support Ban the Box Initiatives.

-The ASP acknowledges the persistence of discrimination based on religion, race, ethnicity, and gender, and supports laws favoring equal access to the polls, the courts, housing, education, and credit.

-We oppose conscription into the armed services and other forms of compulsory government service, except in cases of clear and present necessity during declared war. We also oppose the mandatory registration of women in the Selective Service system.

-We call for reforms in the process of jury-selection, in order to prevent jurypacking and the narrowing of jury pools.

-We will work to restrict the legal construct of “personhood” for organizations and corporations.

-The ASP believes that political economy (economics) is a branch of political ethics. We reject models of economic behavior based on greed and naked self-interest.

-To build an economy that is fair, transparent, and democratic, we support models of production and distribution that are local, responsible, and sustainable.

-We support the creation of family-owned businesses and worker cooperatives. We oppose regulations designed to inhibit competition from smaller firms.

-We call for the repeal of subsidies which encourage urban sprawl and discourage local farming and production.

-We advocate a tax shift from earned income (wages and interest) to unearned income (economic rent). We propose to shift the burden of property taxes from buildings and improvements to ground rents.

-We call for the direct payment of surplus revenue to the public as a Citizens’ Dividend.

-We support the creation of sovereign wealth funds in financial markets.

-We call for increased regulation of private pension plans, with greater transparency regarding fees collected by fund managers.

-We oppose the privatization of Social Security, and advocate a return to the use of the funds generated from the program to be solely used for the payments out to recipients, rather than the current use of the funds for many purposes.

Banking and Finance in the Public Interest

-The ASP regards money and credit as public utilities. We support increased oversight of the banking industry and personal accountability for fraudulent behavior.

-We call for amendment of the Federal Reserve Act to enable direct investment in public works.

-We support the creation of public investment banks and private credit unions at the state and local levels.

-We advocate deflation of the student-debt bubble through partial forgiveness of student loans and restoration of bankruptcy-protection for debtors.

-We support stricter controls on consumer credit, including limits on interest and regulation of credit-card companies and payday-loan and title-loan stores.

-The ASP believes that the surest path to really free trade is the removal of obstacles to domestic productivity, such as payroll taxes, government subsidies for cheap energy and big agriculture, and the hoarding of productive land for speculative purposes.

-We call for reform or replacement of international trade organizations (such as the WTO, World Bank, and IMF) in the interest of transparency, accountability, and fairness to all nations.

-We oppose the use of international financial pressure to restructure the economies of debtor nations.

September 1, 2016
How Trump will make Mexico pay for the wall
Next Post 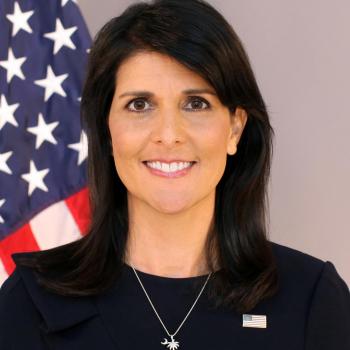 Evangelical
A Defense of Capitalism
Cranach 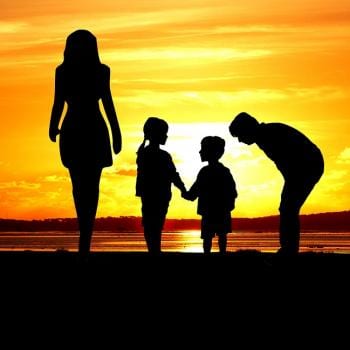