I’ve just finished Laurus, a novel by the Russian author Eugene Vodolazkin, an Orthodox Christian, and I’m still savoring the experience, which is one of being immersed in the medieval mind.

The novel is the story of Arseny, who as a lad is apprenticed to his grandfather, a physician.  Arseny has a gift of healing that goes beyond his expertise in herbal remedies.  A love story ensues, which sets him on a quest for atonement, both for himself and for the woman he caused to sin.  Arseny becomes a “holy fool.”  Then, accompanied by a western Catholic who has visions of the future, he sets off on a long and perilous pilgrimage to the Holy Land.  Then he becomes a monk.  Then an anchorite.  And, overall, a kind of saint.

The book is “immersive”–that is, wholly involving, so that reading it creates the illusion of entering the mind of someone who inhabits 15th century Russia, an amalgam of earthiness, superstitions, visionary experiences, medieval lore, intimations of eternity, and open-hearted piety.

The book has the flavor of a postmodern novel, which shifting narratives and jumps in time that take us to the 21st century.  A blurb on the front cover compares Vodolazkin to Umberto Eco, a postmodern novelist who also writes about the Middle Ages.  But the real comparison should be to Gabriel García Márquez, the pioneer of “magical realism,” the style that blends gritty realistic writing with moments of strange fantasy, a combination that suggests that all depictions of reality are imaginative constructions.

But in an interview (which we’ll be blogging about separately), Vodolazkin denies that Laurus is a postmodern novel.  A professional folklorist and medievalist, Vodolazkin says that he is simply depicting the mindset and worldview of medieval Russians.  Thus, going from past to present to future is simply the Christian insight that all time is connected in eternity.  Then again, Márquez said that his magical realism came from the stories told by his grandmother, a devout Columbian peasant, for whom miracles were commonplace and in whose world the supernatural and the natural always intersected.

There are different ways to be postmodern.  One response to the perceived end of modernism–the purported age of reason and progress–is to become a relativist who rejects objective truth altogether.  Another is to recover the pre-modern and to bring its mysteries and its trans-scientific sense of truth into contemporary life.

So I appreciate the sophistication of this novel, how it addresses the postmodern mind by recreating an ancient Christian mind.  That it is winning international literary awards demonstrates its effectiveness.

It is being said that this novel is quintessentially “orthodox.”  Indeed, those of us with a Reformational theology will see some of the things that Luther was up against, especially Arseny’s belief that he must contribute to his own atonement.   If only he could know that the Christian life could be so much simpler, a matter of Christ’s sufferings and not his own.  And yet we can learn from entering Arseny’s worldview, which in many ways is bigger than the materialistic or relativistic worldviews of today. 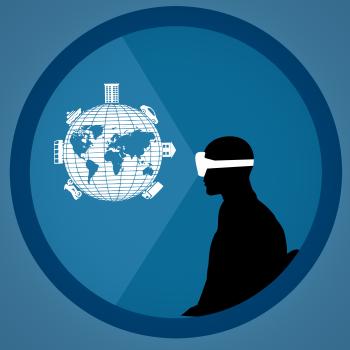