A nation of suburbs 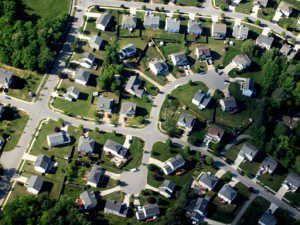 Big cities seem to get most of the attention.  People debate their merits compared with small towns and the rural life.  Suburbs don’t get the same respect.

But according to a report from the Urban Land Institute, 79% of the American population live in suburbs.  That includes 85% of the nation’s children and 75% of Millennials.

Contrary to the stereotypes about “white flight,” suburbs are racially and ethnically diverse, with 76% of the minority population living in suburbs.  And suburbs are where most of the nation’s jobs, businesses, and economic vitality can be found.

After the jump, Richard Mize summarizes the report.

Why do you think so many people live in suburbia?  A lot of people criticize the suburbs.  Can you defend them?

Among other key findings:

•”Suburban growth has driven recent metropolitan growth. From 2000-2015, suburban areas accounted for 91 percent of the population growth and 84 percent of the household growth in the top 50 metros.”

•”The large majority of Americans work in suburbs, although job growth has been more balanced recently. As of 2014, 67.5 percent of the employment in the 50 largest metros was in suburbs.”

•”American suburbs as a whole are racially and ethnically diverse. Seventy-six percent of the minority population lives in the suburbs.”