Statistics on churchgoing at Christmas 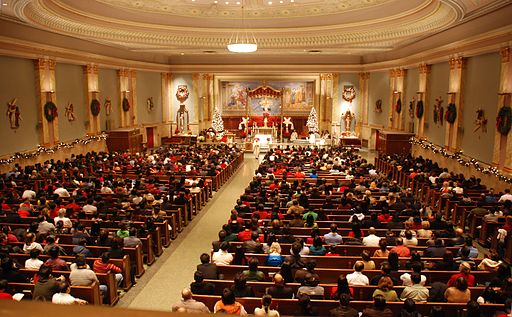 Over half of Americans will go to church on Christmas day.  Of those who don’t, 57% said they would be open to an invitation to go. [Note the opportunity.]

A LifeWay Research study of churchgoing at Christmas also found that 89% of churches will hold services even though Christmas falls on a Sunday.  [But over one in ten won’t.  See our discussion.]

Lutherans are the most likely to hold Christmas services on Sunday (94%), while Pentecostals are least likely (72%).  [Why is that, do you think?]

Also, while Catholic and Orthodox services see a big upturn in attendance for Christmas services, even when on a Sunday, Protestant congregations as a whole report poorer attendance.  [Why is that, do you think?]

The study has lots more fascinating information about worship and church practices over the holidays, including statistics about which churches also hold services on Christmas Eve (again, Lutherans lead) and New Year’s (Lutherans are less likely than the Reformed).  [Why is that, do you think?]

Details after the jump.

More than half of Americans plan to go to church at Christmastime.

And most Protestant pastors will keep the doors open for them.

Nearly 9 out of 10 Protestant senior pastors say their churches plan to hold services on Christmas Day and New Year’s Day, as both fall on a Sunday, according to a recent survey from Nashville-based LifeWay Research.

More than 7 in 10 Protestant senior pastors say their churches plan to hold Christmas Eve services. And more than a few will be open on New Year’s Eve.

“Christmas is o­­ne of the busiest times of the year especially at churches, with many churches having extra Christmas Eve services and special programs,” said Scott McConnell, executive director of LifeWay Research. “If Christmas falls on Monday through Saturday, churches might be closed on Dec. 25—but almost never on a Sunday.”

The Christmas season has become a major outreach focus for many churches, with more than half of Americans saying they visit church for Christmas. Many of those who don’t go usually to church are open to an invitation during the holidays, according to previous LifeWay Research studies.

At some influential megachurches, thousands of visitors will flock to special Christmas events. In the past, that’s led some to cancel worship when Christmas falls on a Sunday.

But few pastors seem to follow their example, according to LifeWay Research’s phone survey of 1,000 Protestant senior pastors. Eighty-nine percent say their church will hold services on Christmas Day.

What Evangelicals Just Don't Know About...
Anxious Bench
Books by This Author Books by Gene Veith