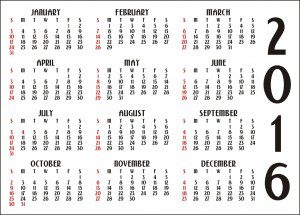 The Associated Press polled editors and news directors to come up with the top stories of 2016.  Number one was no surprise:  The U.S. Election.

Number two is like unto Trump’s victory:  another unexpected populist uprising known as Brexit, Great Britain’s vote to pull out of the European Union.

Consider the list of the top 10 after the jump.  What other events of last year deserve to have been included?

From AP Poll: US Election Voted Top News Story of 2016 – ABC News  (Go to the link to read details about each story):

December 27, 2016 What you do to your neighbor you do to Christ
Recent Comments
0 | Leave a Comment
Browse Our Archives
Follow Us!