Fear of the working class 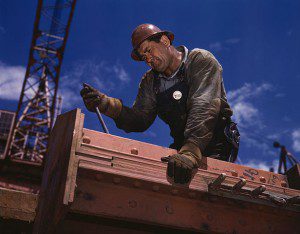 The editor of a liberal website has written about a plumber he had called to fix his drain.  The plumber acted professionally and did the job.  But he spoke with a Southern accent!  He didn’t seem upset about the election!  He might even have voted for Trump!  The editor described his fear at having a possible Trump voter in his home.

All this fear talk about Trump has me confused.  I can see a generalized fear about the future of the country, but this is far more visceral.  Gay people say how afraid they are–but Trump is all for gay marriage, transgender rights, and the LGBT cause!   Jews are afraid–but Trump’s son-in-law and main advisor is an Orthodox Jew, he has appointed a hard-core Zionist to be ambassador to Israel, and his foreign policy is going to be far more pro-Israel than Obama’s.

These irrational fears seem to be phobias.  Reynolds, who reported the plumber story and a number of similar examples in a USA Today article excerpted after the jump, calls it oikophobia, fear of one’s countrymen.  C. R. Wiley, whose post alerted me to this article and whose comments are worth reading in themselves, says it is androphobia, the fear of masculine men.

Those syndromes may be factors, but I see this problem as a pathological form of classism–bigotry against people of a lower social class than yourself.  Classism used to be a taboo like racism, with which it has lots of similarities, but no more.

The working class used to be the base of the American left and the Democratic party.  Ironically, this phobia or classism of today’s liberals against the working class was arguably what elected Donald Trump, as Democrats wrote off industrial states like Wisconsin in order to pursue millennials, techies, and other cool people.

The left has come a long way from “workers of the world unite!” to the fear of plumbers.  At least there is little danger today of a Communist revolution.  Today’s left has become far too bourgeois.

How crazy has the reaction to Trump’s impending presidency gotten? So crazy that Democratic operatives are scared of plumbers, and I don’t mean the Watergate kind.

No, really. Ned Resnikoff, a “senior editor” at the  liberal website ThinkProgress, wrote on Facebook that he’d called a plumber to fix a clogged drain. The plumber showed up, did the job and left, but Resnikoff was left shaken, though with a functioning drain. Wrote Resnikoff, “He was a perfectly nice guy and a consummate professional. But he was also a middle-aged white man with a Southern accent who seemed unperturbed by this week’s news.”

This created fear: “While I had him in the apartment, I couldn’t stop thinking about whether he had voted for Trump, whether he knew my last name is Jewish, and how that knowledge might change the interaction we were having inside my own home.”

When it was all over, Resnikoff reported that he was “rattled” at the thought that a Trump supporter might have been in his home. “I couldn’t shake the sense of potential danger.”