How “strange” it was that Rome became Christian

How “strange” it was that Rome became Christian February 7, 2017 Gene Veith 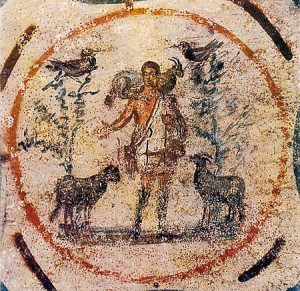 That a religion like Christianity converted Rome and its empire is a “historical anomaly,” a “strange” fact of history.  Classicist and historian Michael Kulikowski tells the tale.

His perspective is secular, his evidence is objective, and he does not consider the truth or the supernatural realities behind what Christians taught.  So what he says and the way he describes the early church are all the more telling for those of us from a Christian persuasion.

The Roman empire became Christian during the fourth century CE. At the century’s start, Christians were – at most – a substantial minority of the population. By its end, Christians (or nominal Christians) indisputably constituted a majority in the empire. Tellingly, at the beginning of the century, the imperial government launched the only sustained and concerted effort to suppress Christianity in ancient history – and yet by the century’s end, the emperors themselves were Christians, Christianity enjoyed exclusive support from the state and was, in principle, the only religion the state permitted.

Apart from the small and ethnically circumscribed exception of the Jews, the ancient world had never known an exclusivist faith, so the rapid success of early Christianity is a historical anomaly. Moreover, because some form of Christianity is a foundational part of so many peoples’ lives and identities, the Christianisation of the Roman empire feels perennially relevant – something that is ‘about us’ in a way a lot of ancient history simply is not. Of course, this apparent relevance also obscures as much as it reveals, especially just how strange Rome’s Christianisation really was.

February 8, 2017 Betsy DeVos wins confirmation, barely
Recent Comments
0 | Leave a Comment
Browse Our Archives
get the latest from
Cranach
Sign up for our newsletter
POPULAR AT PATHEOS Evangelical
1