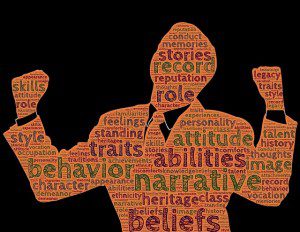 If you are going to understand and navigate the complexities of oppression, victimhood, and political status hierarchies, you need to understand the concept of “intersectionality.”

The conventional categories of identity politics are race, sex, gender, sexual orientation, ethnicity, class, age, etc.  In each of these categories, some identities are privileged while others are discriminated against.  But a particular individual exists within multiple categories and thus holds multiple identities.  Each identity has its own place on the spectrum of privilege or discrimination hierarchies.  They “intersect,” and so a person’s “intersectionality”–that is, the particular combination of identities–defines his or her position on the socio-political hierarchy.

A black man who is heterosexual and middle class is oppressed because of his race, but his sexual orientation and social class are privileged.  A white woman who is lesbian and working class is privileged for being white, but her sex, sexual orientation, and social class make her oppressed.  A black, transgendered, lesbian, working class woman is more oppressed.

Intersectionality theory offers a complex calculus for calibrating how oppressed a person is, and thus who has the highest moral high ground within a group of leftists.  This explains a lot, as I get into after the jump.

Curiously, a person whose oppression index (my term) is high is supposedly more oppressed by the dominant society.  But in leftist communities (for example, university campuses) those with lower status in society have higher status.  And, with stunning lack of self-knowledge, the leftist communities seem oblivious to the people and categories they marginalize.

For example, being gay is an identity of oppression, but if you are a gay conservative it means nothing, or is worse as, in Marxist terms, a class betrayal.  Being transgender is an oppression identity, but, as Caitlyn/Bruce Jenner is finding out, that is trumped (if I can say that) by being conservative.  Christianity counts as a privileged religion, so if you are Muslim, that gets you in the club.

Interestingly, in university leftist circles, being of a lower social class–contrary to Marx–seems to count less than the other markers of oppression, so that people without a college degree, rural Americans, and blue collar workers are often mocked, which would be a microaggression against any other group.  But low-income white people don’t have enough intersectionality points to count as truly oppressed.

Here is how David Marcus of The Federalist describes intersectionality:

For those unfamiliar with the term, intersectionality refers to the ways in which marginalized people overlap in the hierarchy of oppression. So being gay and black makes you oppressed, but if you are cis (not transgender), your gender privilege intersects with your oppression. If that idea gives you a headache, it should. It also helps to explain why progressives so often wind up at each other’s throats.

A fuller, more theoretical and sympathetic treatment from Intersectionality – Wikipedia:

Intersectionality (or intersectional theory) is a term first coined in 1989 by American civil rights advocate and leading scholar of critical race theory, Kimberlé Williams Crenshaw. It is the study of overlapping or intersecting social identities and related systems of oppression, domination, or discrimination. Intersectionality is the idea that multiple identities intersect to create a whole that is different from the component identities. These identities that can intersect include gender, race, social class, ethnicity, nationality, sexual orientation, religion, age, mental disability, physical disability, mental illness, and physical illness as well as other forms of identity.[1] These aspects of identity are not “unitary, mutually exclusive entities, but rather…reciprocally constructing phenomena.”[1] The theory proposes that we think of each element or trait of a person as inextricably linked with all of the other elements in order to fully understand one’s identity.[2]

This framework can be used to understand how systemic injustice and social inequality occur on a multidimensional basis.[3] Intersectionality holds that the classical conceptualizations of oppression within society—such as racism, sexism, classism, ableism, homophobia, transphobia, xenophobia and belief-based bigotry—do not act independently of each other. Instead, these forms of oppression interrelate, creating a system of oppression that reflects the “intersection” of multiple forms of discrimination.[4]

Intersectional identities usually aren’t addressed or mapped out in normal social discourses and often come with their own set of oppression, domination, and discrimination. Because laws and policies usually only address one form of marginalized identity but not the intersection of multiple oppressed identities, intersectional identities often go overlooked. Since these identities are overlooked, there is a lack of resources needed to combat the discrimination, and the oppression is cyclically perpetuated.[5]

Intersectionality proposes that all aspects of one’s identity need to be examined as simultaneously interacting with each other and affecting one’s privilege and perception in society, and that these facets of identity cannot simply be observed separately.[6] As such, intersectionality is not simply a view of personal identity, but rather an overarching analysis of power hierarchies present within identities.[6] The framework of intersectionality also provides an insight into how multiple systems of oppression interrelate and are interactive.[6] Intersectionality is not a static field; rather, it is dynamic and constantly developing as response to formations of complex social inequalities. Intersectionality can be seen as an “overarching knowledge project.”[1] Within this overarching umbrella, there are multiple knowledge projects that evolve “in tandem with changes in the interpretive communities that advance them.”[1]

February 21, 2017 What the Reformation did for preaching
Recent Comments
0 | Leave a Comment
Browse Our Archives
Follow Us!