The USDA inspects for ideological purity 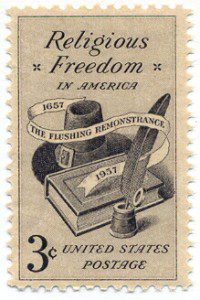 The Christian owner of a meatpacking business had some pamphlets lying around in the breakroom that opposed gay marriage.

When some inspectors from the United States Department of Agriculture saw them, they demanded that they be removed.  Otherwise, they said, they would not inspect the plant, which would then not be allowed to operate.

The inspectors cited a regulation that allowed any government official “to take immediate and appropriate corrective action” if they detect any cases of  “harassment.”

The owner did as he was told and got rid of the pamphlets.  But the issue still hangs over his head.

Donald Vander Boon has been operating a meatpacking center in Michigan for almost 15 years — but thanks to the federal government, it’s his freedom that’s getting butchered.

The Christian family, who proudly says on their website that the company “seeks to glorify and honor God in all we do,” were shocked to find out during a visit by the USDA that it wasn’t their beef that was being inspected — but their beliefs.

While officials were touring the plant, they noticed a handful of brochures on the breakroom table about natural marriage. As Don tells it, the article was mixed in with the stacks of newspapers celebrating the recent Supreme Court decision redefining marriage. Even so, the on-site officers took offense to the literature, walked into Don’s office, closed both doors, and told him they’d call off the inspection if the material wasn’t removed.

He was stunned. “From the very beginning, we started the business in faith, and made it clear to employees that we run our business according to Christian principles.”

But, he said, the company was in an impossible situation.

“Within a few hours, I’m being threatened with the closure of my business. [And] if the USDA removes its inspectors, then I’m immediately unable to operate.”

According to inspectors, Don’s article was “offensive” and had violated a new rule from the Obama administration that gave government officials (including these inspectors) the right to take “immediate and appropriate corrective action” when dealing with anything they considered “harassment.” Vander Boon’s position on marriage, he was told, qualified.

That weighed heavily on the dad of three’s mind, especially since the West Michigan Beef Company employed 45 people whose families also relied on them. To keep his doors open, Don made the difficult decision to pull the information on natural marriage.

February 27, 2017 The Pope on salvation by works
Recent Comments
0 | Leave a Comment
"Ah, yes, Wordle. I missed "gawky" too-- it's a weird word, the more you say ..."
Amaryllis What Web Sites Would You Recommend?
"Joe, mine was just a general outline. I kind of like having some manner of ..."
reg MAGA vs. Trump
"I do wordle and quordle daily, and occasionally globle, but septle and waffle sound interesting!"
Heidi What Web Sites Would You Recommend?
"reg,I would first tie foreign policy to immigration. If our policies caused an increase in ..."
Curt Day MAGA vs. Trump
Browse Our Archives
Related posts from Cranach 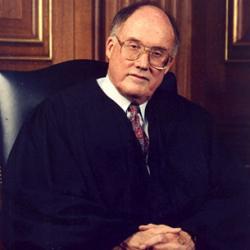