A Lutheran Catholic and vocation 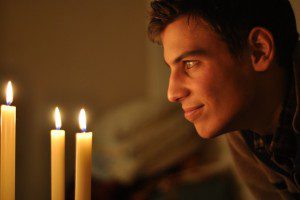 Our hosts here in Finland arranged a city tour of Helsinki with Emil Anton.  As he works on his doctorate in theology, he works for a tour company, among other things, and has put together the “Holy Helsinki” tour of religious sites.  But Emil is also quite a Christian thinker himself.  He is a noteworthy author, speaker, and blogger (see this, for which the translator in your browser can give you an extremely rough translation, and this in English).

Emil is a Catholic who loves Luther and Lutheranism.  He says he is the kind of Christian Luther wanted:  an evangelical Catholic, a member of the historic church who, thanks to Luther, understands the Gospel.  Emil is interested in the whole breadth of Christianity.  He reads evangelical authors, such as Ravi Zacharias, and is writing his dissertation on Pope Benedict.  Emil–whose father is Iraqi (an Assyrian Catholic) and whose mother is Finnish and who is married to a Polish woman–is a fascinating model of contemporary Christianity.

Anyway, as he was telling us about the sights of Helsinki, we were also carrying on other conversations.  I commented on how I was struck by the way contemporary Catholic writers were discussing vocation.  Whereas the term “vocation” in a Catholic context used to only refer to the calling to religious orders, I have been seeing it used lately more as Luther used it.  Vatican II documents and papal encyclicals now talk about the “vocation” of laypeople, the “vocation” of marriage, the “vocation” of workers.  More than that, these documents also talk about the concept in ways that reflect the specific content of the Lutheran doctrine of vocation:  God works through human vocations.  The purpose of vocation is to love and serve our neighbors.

Emil said, “Right!  Which brings us to something I want to show you.”  Huh?, I thought.  What can he show me on a city tour in Finland that would bear on the new Catholic understanding of vocation?

We walked a few blocks and Emil pointed to an office building.  “See that corner window on the second floor?  That’s a chapel.”  Of Opus Dei.

Forget the paranoia about the sinister secret organization of Catholic conspirators trying to take over the world in what may well be the worst book ever written, The Da Vinci Code.   Opus Dei, as Emil explained, is a Catholic lay organization designed to help lay people live out their faith in their “secular” professions and family life.

The organization was founded by the Spanish priest Josemaría Escrivá (1902-1975), who thought and wrote extensively about how the laity too have “vocations.”

He became influential among the bishops at Vatican II, who reflected his theology in documents such as Lumen Gentium, which, in turn, influenced other writings, such as Pope John Paul II’s Laborum Exercens (“Through work”).

Now I don’t think that Father Escrivá would have been influenced by Luther.  He probably came up with some of his insights separately.  And there are still big differences in the Catholic and the Lutheran understanding of lay vocations.

Emil said that even though Lutherans have the reputation for emphasizing the fall and human sin more than Catholics, actually here Opus Dei is far less accepting of what Luther honors as God’s temporal kingdom.  Opus Dei folks make more of a point of struggling against worldliness in their vocations.  (Maybe Lutherans should do more of that?)  They also do things like “offering up” say, a project at work, offering it to God as a sacrifice.  They have a notion of integrating work and prayer in a very “Catholic” way, whereas the Lutheran view embraces the secular realm in all of its secularity in the freedom of the Gospel.

Thanks to Emil for giving me much to think about, and not just about the beautiful and fascinating city of Helsinki.