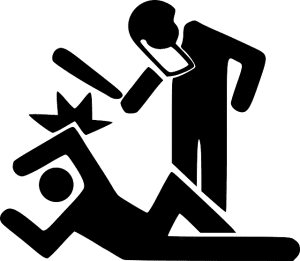 In France, it is illegal to attempt to disuade anyone from getting an abortion.  It is also illegal to demonstrate against abortion, to give information about alternatives to abortion, and to espouse the belief that abortion is immoral.  Pro-life expressions could result in a fine of 30,000 euros and two years in jail.

So says Denise Burke, who makes the point that those who once claimed to be “pro-choice” are now “pro-coercion” in seeking to silence and criminalize advocates for life.

Abortion advocates around the world and particularly in the United States are increasingly abandoning their professed political and moral adherence to “choice,” and instead adopting an agenda of coercion. Nowhere is this dangerous and calculated shift more evident than in their utter disdain for the freedom and fundamental rights of citizens who disagree with them.

Those who are quick to argue that abortion is a universal human right protected by both international and domestic law are equally quick to disregard longstanding legal and moral principles when these revered standards impede their radical pro-abortion agenda. For abortion advocates, seminal documents such as the Universal Declaration of Human Rights, adopted after the devastation of the Second World War, are to be ignored when they seek “the advent of a world in which human beings shall enjoy freedom of speech and belief” as the “highest aspiration of the common people.”

For example, France has criminalized “obstruction to abortion” for more than 15 years, prohibiting “moral and psychological pressure searching to hinder abortion.” Pro-life French citizens are not permitted to attempt to dissuade women from having abortions or to hold public demonstrations near facilities providing abortions. Under this law, an elderly and nearly blind man was fined for giving knitted baby booties to a woman in the stairway of a building housing Planned Parenthood.

But this was not enough for abortion advocates who want to completely eradicate pro-life voices from the public square. With their encouragement, French president François Hollande just signed into law a measure that prohibits any person or website from posting information on alternatives to abortion or espousing the belief that abortion is immoral. Violations of the new law are punishable by two years in prison and a €30,000 fine.

April 19, 2017 The search for Christ's DNA
Recent Comments
0 | Leave a Comment
Browse Our Archives
get the latest from
Cranach
Sign up for our newsletter
POPULAR AT PATHEOS Evangelical
1