Why April is the cruelest month

Why April is the cruelest month April 3, 2017 Gene Veith 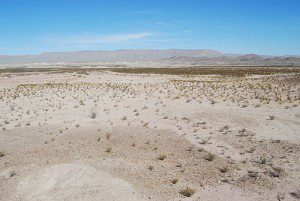 Well, that is the first line of a long, difficult poem called “The Waste Land.”  It plays off of the legend of the Holy Grail.  When the chalice Christ used for the first Holy Communion was lost, due to a terrible sacrilege, the whole country turned into a waste land.  Vegetation died, turning the land to desert.  Nothing would grow.  Animals stopped giving birth.  Life became barren, sterile, dry.

Eliot was using that legend to explore what he saw as the spiritual wasteland of modern times.  Here too we have lost what is sacred.  He describes our emotional wasteland.  He writes about the sterility and lifelessness of the Waste Land in terms of uncommunicative marriages; a bored typist and a house-agent clerk who engage in unloving, dehumanizing sex; a woman who casually talks about her abortion.

April is the cruelest month, to people like that, because they don’t want the new life that Spring heralds.  They are happy to be spiritually dead.  They don’t want to be born again.  They feel threatened by the rain that could bring new life to the desert of their lives.  They think the prospect of new life is cruel.

In the course of the poem, amidst many other patterns of imagery, we find the motif of “death by water.”  At the end of the poem, a quester is walking in the desert towards the ruined grail chapel.  He has the sense that someone is walking beside him.  (Eliot’s footnote identifies the allusion as pointing to Christ on the road to Emmaus.)  At the very end of the poem, it is thundering and starting to rain.  Soon after he published the poem, T. S. Eliot was baptized.  Water brought life to Eliot’s own personal wasteland.

The most acclaimed, innovative, and radical poet of the modernist movement, who knew the waste land in his own heart, converted to Christianity.

April 4, 2017 Bob Dylan archive opens for researchers
Recent Comments
0 | Leave a Comment
"Yes - the moth joke! Clearly one of the best."
Pete The Gospel According to a Comedian
"I'm very wary of equating GDP with quality of life, that's a very money-focussed measure ..."
Crystalline Entity An Unexamined Revolution
"Roger's "point" was simply wrong. Western European incomes overall are only a little lower than ..."
Iain Lovejoy The Infrastructure Bill Would Turn America ..."
"Thx for going to the trouble to type all that. I knew "the white man's ..."
Mo Fin The Infrastructure Bill Would Turn America ..."
Browse Our Archives
get the latest updates from
Cranach
and the Patheos
Evangelical
Channel
POPULAR AT PATHEOS Evangelical
1 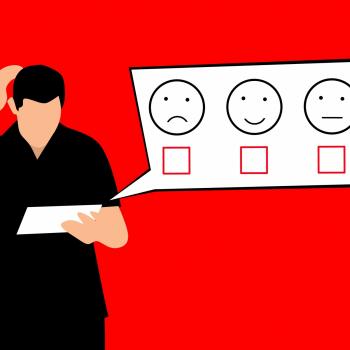