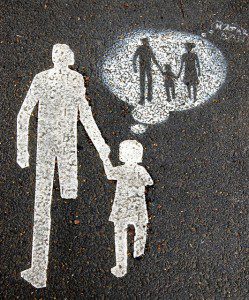 University of Virginia sociologist Bradford Wilcox has published a study of the effects of cohabitation, couples living together without marriage.  He especially looked at the impact on children when their parents are not married.  He quantified his study by examining what percentage of children over time are still living with their parents.

Now one could deduce using common sense that couples who are not married are going to have less stable families, with children being adversely affected.  This study, though, gives an abundance of empirical data.  Not only that, it looks at cohabitation globally, finding consistent patterns across nationalities and cultures.  And it explodes at least three common myths that people had assumed about cohabitation.

The complete study is here.  Read an interview with Prof. Wilcox on his findings after the jump.

From your perspective, what are the most striking or surprising results from the study?

In the vast majority of countries that we looked at in Europe, at all education levels, people who are married when they have kids are markedly more stable than people who are cohabiting when they have their kids. Generally speaking, the least educated married families in Europe enjoy more stability than the most educated cohabiting families. That’s not what I would have guessed. I assumed that we’d find some kind of marriage stability premium, but I didn’t realize it would be that pronounced, and that marriage was a more powerful predictor of family stability in Europe than parental education.

In other words, the marriage premium is pretty consistent across Europe. And a lot of academics and journalists and policymakers and ordinary professionals make the mistake of thinking that in Europe, cohabitation and marriage are functional equivalents, but in reality they’re not.

Did you find the same “marriage premium” across the globe?

We looked at changes in cohabitation levels and family stability across the globe and found in general that as cohabitation increased, the odds that kids would be living with two biological parents in a given country decreased over time. That pattern was actually most salient or most dramatic in the initial increase in cohabitation. It was negligible for countries that already experienced more than 20 percent of their births to cohabiting couples. But overall, our report is pretty consistent in finding that for kids, marriage typically provides more stability across Europe and the United States. Moreover, across the globe, marriage as the norm for childbearing is also associated with higher levels of family stability at the societal level.

Your colleague Laurie DeRose, a lead author in this report and a professor of sociology at Georgetown University, claims that the study contradicts three myths about cohabitation and family stability. What are those three myths?

The first myth she writes about is that “cohabitation is less stable just because poorer people are more likely to choose it. In fact, cohabitation is less stable than marriage regardless of the mother’s educational background. In the overwhelming majority of countries, the most educated cohabiting parents still have a far higher rate of break-up than the lowest educated married couples.” So if you’re looking at countries in Europe and the United States, it is striking that marital status is a more powerful predictor of family stability than the education of the parents. It’s contrary to what many professors would expect.

The final myth, she writes, “is that where cohabitation has been a long-standing alternative to marriage (scholars writing on Latin America and the Caribbean refer to a ‘dual nuptiality’ system), further growth of the institution will not affect children’s lives.” Again, that’s not the case.

April 5, 2017
From energy scarcity to energy abundance
Next Post