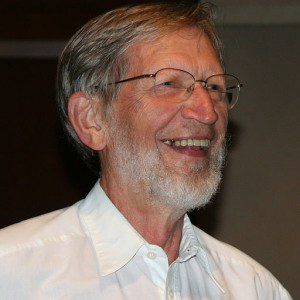 Christian philosopher Alvin Plantinga has won the Templeton Prize for contributions to religion.

Plantinga has shown, in a sophisticated way that is convincing even to most non-believing philosophers, that it is not irrational to believe in God, that the “problem of evil” does not disprove God’s existence, and that Christianity can make important contributions to philosophical questions.

Plantinga, a Calvinist who has been a professor at Notre Dame, has sparked a renaissance in Christian philosophy and has shown Christian academics how they can contribute to secular academia without compromising their faith.

The man who brought belief in God back into the study of philosophy, Alvin Plantinga, has received the 2017 Templeton Prize.

The 84-year-old Christian philosopher is the latest in a line of dozens of laureates honored for their spiritual contributions to the world, including Billy Graham, Chuck Colson, Bill Bright, and Mother Teresa.

Plantinga made a name for himself as a philosophy professor at Calvin College and the University of Notre Dame. He reshaped the spiritual side of his discipline by insisting that Christian philosophers allow their convictions to drive their academic work.

“Plantinga recognized that not only did religious belief not conflict with serious philosophical work, but that it could make crucial contributions to addressing perennial problems in philosophy,” said Heather Templeton Dill, president of the John Templeton Foundation, which awarded the $1.4 million prize that has helped expand the evangelical mind. . . .

Among his seminal works were God and Other Minds: A Study of the Rational Justification of Belief in God (1967), which prompted a renaissance of Christian philosophy and theism in the American academy, as recounted in a 2008 CT cover story by apologist William Lane Craig.

Called “America’s leading orthodox Protestant philosopher of God” or even “the greatest philosopher of the 20th century,” Plantinga’s explanation of free will “is now almost universally recognized as having laid to rest the logical problem of evil against theism,” Templeton noted. Plantinga’s “Warrant Trilogy” explores the rationality and justification of believing in God.

John G. Stackhouse, professor at Regent College, described Plantinga’s profound impact through defending faith against the common criticisms of the day (something he has continued to do in recent years):

Plantinga, then, has established the intellectual grounds for Christians to continue to believe in God, and particularly the God of historic orthodoxy, in the face of the two most daunting philosophical challenges of this century. He has done so, however, in distinctly 20th-century fashion. He has not, that is, offered a theodicy, an explanation for how God does, in fact, run the world. All Plantinga has done is show that it is not contradictory to believe that God is good, that God is all-powerful, and that evil yet exists.