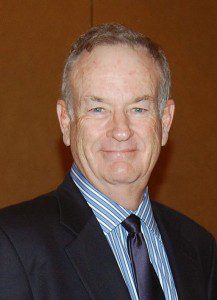 Other conservatives have recently been brought down by sex scandals, including the governor of Alabama.  Here in Oklahoma, a state legislator was ousted for sexual harassment after doing things like making his executive assistant go with him to strip clubs.

What can explain such behavior?  I know, original sin.  But surely simple decency, good manners, and common sense–the first use of the law–can restrain at least the most grotesque external expression of our inner lusts.  What these men were accused of doing is certainly not “conservative” behavior.  And it hurts the credibility of conservatives everywhere.

From  Bill O’Reilly out at Fox News Channel – Washington Times:

Longtime host Bill O’Reilly has left the Fox News Channel in the wake of persistent accusations of workplace sexual harassment, departing a program that has been the top-rated prime-time cable show for the past 18 years.

In recent weeks the veteran newsman has been accused by several women of sexual misconduct either in an office setting or on the Fox News production set. The charge and its fallout have been on the public radar for weeks, and the final outcome arrived Wednesday afternoon in a terse statement.

“After a thorough and careful review of the allegations, the company and Bill O’Reilly have agreed that Bill O’Reilly will not be returning to the Fox News Channel,” the network said.

In a statement released later Wednesday evening, Mr. O’Reilly called it “tremendously disheartening that we part ways due to completely unfounded claims. But that is the unfortunate reality many of us in the public eye must live with today.”