And now, war with Turkey? 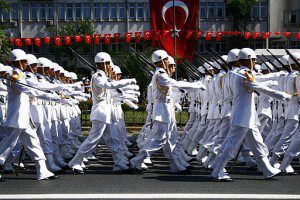 Turkey has long been battling the rebellious Kurds within its border, which have ties with the Kurds in Syria.  Recently, Turkey has been launching airstrikes against those Kurdish militias.

Now the Turkish government is saying that Americans in Kurdish units will also be attacked.

How should President Trump handle this new potential powder keg?  Abandon our Kurdish allies and pull out of the fight against ISIS at perhaps its most crucial phase?  Wouldn’t that be a show of weakness that the president has promised will no longer happen?  If Turkey kills American advisors, should we retaliate against Turkey?  How?  And what would happen next?

The war of words between Washington and Ankara over the U.S. military’s partnership with Kurdish paramilitaries in Syria escalated Wednesday, when a senior aide to Turkish President Recep Tayyip Erdogan suggested American troops could be targeted alongside their Kurdish allies in the country’s ongoing air war against the militias.

Senior presidential aide Ilnur Cevik said U.S. forces who are teamed up with members of the Kurdish People’s Protection Units, or YPG, were in danger of being hit by Turkish fighters patrolling the volatile border region with Syria.

If YPG units and their American military advisers “go too far, our forces would not care if American armor is there, whether armored carriers are there,” Mr. Cevik said during an interview on Turkish radio station CRI TURK Wednesday. “All of a sudden, by accident, a few rockets can hit them,” he added, referring to partnered U.S. forces.

When asked to clarify that U.S. advisers or artillery positions would be in danger from Turkish warplanes, if they continued to support YPG operations in northern Syria, Mr. Cevik replied bluntly that they would.

His comments come days after U.S. forces moved into the Syrian Kurdish enclave of Rojava, in a dramatic show of solidarity amid Turkish airstrikes targeting those U.S.-backed forces there. The strikes were part of an ongoing counterterrorism operation targeting members of the YPG, which Turkey has condemned as a terrorist organization.

Syrian Kurds, some of which are members of or allied with the YPG, make up half of the Syrian Democratic Forces, or SDF — the 50,000-man strong constellation of Arab and Kurdish militias backed by the U.S., who are preparing for the final, large-scale assault on Raqqa, the self-styled capital of the Islamic State terror group also known as ISIS or ISIL. 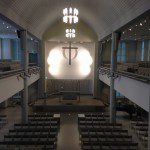 The Coming Drop-Off in Church Giving?
Cranach
Books by This Author Books by Gene Veith