Data on why the Democrats lost 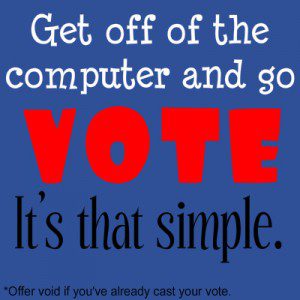 Now that the dust has settled from the presidential election and there has been time to process the data, Democrats are learning why they lost the election.  The conventional wisdom has been that they failed to get out their base.  That is, that too many minorities, women, and young adults just didn’t bother to vote.  That was part of the problem.  But the main reason, according to researchers, is that so many working class folks who had voted for Barack Obama chose to vote for Donald Trump instead of the Democratic candidate.

Reportedly, Democrats have been arguing over whether they need to persuade people to vote for them or just energize their base.  “I think there’s a lot of worry that we don’t actually know how to persuade anymore,” says a Democratic think tanker, “and so maybe we should just go talk to the people we agree with.”

A group of top Democratic Party strategists have used new data about last year’s presidential election to reach a startling conclusion about why Hillary Clinton lost. Now they just need to persuade the rest of the party they’re right.

Many Democrats have a shorthand explanation for Clinton’s defeat: Her base didn’t turn out, Donald Trump’s did and the difference was too much to overcome.

But new information shows that Clinton had a much bigger problem with voters who had supported President Barack Obama in 2012 but backed Trump four years later.

Those Obama-Trump voters effectively accounted for more than two-thirds of the reason Clinton lost, according to Matt Canter, a senior vice president of the Democratic political firm Global Strategy Group. In his group’s analysis, about 70 percent of Clinton’s failure to reach Obama’s vote total in 2012 was because she lost these voters. . . .

The findings are significant for a Democratic Party, at a historic low point, that’s trying to figure out how it can win back power. Much of the debate over how to proceed has centered on whether the party should try to win back working-class white voters — who make up most of the Obama-Trump voters — or focus instead on mobilizing its base.

Turning out the base is not good enough, the data suggest.

“This idea that Democrats can somehow ignore this constituency and just turn out more of our voters, the math doesn’t work,” Canter said. “We have to do both.”. . .

Belief that turnout was the main reason Clinton lost, however, remains a prominent theory among Democrats.

“There’s an active conversation within the party about whether persuasion was the problem or turnout,” said Lanae Erickson Hatalsky, vice president for social policy and politics at Third Way, a center-left Democratic think tank.

That debate is complicated because some Democrats think winning over voters is already a lost cause, Hatalsky said.

“There’s still a real concern that persuasion is harder and costs more than mobilization, so let’s just triple down on getting out the people who already agree with us,” she said. “And I think there’s a lot of worry that we don’t actually know how to persuade anymore, and so maybe we should just go talk to the people we agree with.”

May 2, 2017
Shouldn't liberals be going to liberal churches?
Next Post

May 3, 2017 Shake-up at the Heritage Foundation
Recent Comments
0 | Leave a Comment
Browse Our Archives
get the latest from
Cranach
Sign up for our newsletter
POPULAR AT PATHEOS Evangelical
1