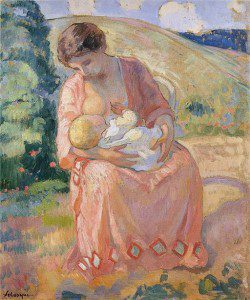 An article in the medical journal Pediatrics says that it is “unethical” to describe breastfeeding as “natural.”

“Coupling nature with motherhood,” says the study, “can inadvertently support biologically deterministic arguments about the roles of men and women in the family (for example, that women should be the primary caretaker.”

We shouldn’t couple nature with motherhood? The old politically-correct order insisted on a distinction between “sex,” which was about nature (biological organs, reproduction, the body), and “gender,” which was about culture (gender roles, cultural norms).

In this mindset, nature ceases to exist. And yet I suspect many people who buy into this shop for “natural food” and fret about the way human beings are destroying nature with pollution, development, and global warming. And yet surely they are the ones who are destroying nature in their repudiation of the body, as in transgenderism, and their unwillingness to acknowledge the natural function of sex and its connection to reproduction and thus to family structures.

But breastfeeding is, indeed, the natural way a mother nourishes her baby. She shares this power with all mammals. She and her baby and the father are all part of nature, even as they also are part of a supernature, and denying that fact is a rejection of reality itself.

“Coupling nature with motherhood… can inadvertently support biologically deterministic arguments about the roles of men and women in the family (for example, that women should be the primary caretaker,” the study says.

The study notes that in recent years, the U.S. Department of Health and Human Services, the American Academy of Pediatrics, the World Health Organization, and several state departments of health have all promoted breastfeeding over bottle-feeding, using the term “natural.”

“Referencing the ‘natural’ in breastfeeding promotion… may inadvertently endorse a set of values about family life and gender roles, which would be ethically inappropriate,” the study says.

Unless such public-service announcements “make transparent the ‘values and beliefs that underlie them,’” they should quit describing breastfeeding as “natural.”

But the study’s authors, Jessica Martucci and Anne Barnhill, clearly have in mind an alternative set of “values and beliefs,” about which which they are not transparent.

The original article is here. 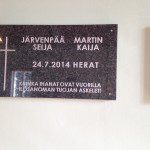