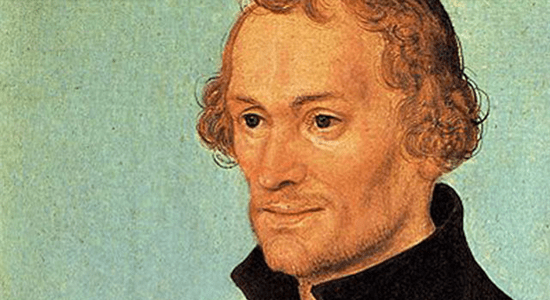 Since Lutherans believe that marriage is a civil ordinance rather than a sacrament (though still established by God that speaks to us of Christ and the Church), they have traditionally looked to the state for marriage laws.

But now that the state has legalized same-sex marriage, contrary to the Scriptures, this would seem to have put Lutherans in a bind.

But, as Rev. John Hill has pointed out in his lectures on truth, the Lutheran confessions do offer a framework for addressing this.

In Article XXIII of the Apology of the Augsburg Confession, Philipp Melanchthon explains why priests should be allowed to marry, despite the prohibitions of canon law.

In doing so, he discusses natural law (who says Lutherans don’t believe in that?), its connection to divine law (since God created the natural order), and how human-made laws must not conflict with them.

I know how liberal Lutherans will take Article XXIII:  As it says, lifelong celibacy is impossible for most people.  That would include homosexuals.  Marriage is God’s provision for sexual desire.  Therefore, homosexuals should be allowed to marry each other, and human laws against it should carry no weight.

But Melanchthon is specifically talking, in detail, about the sexual love between men and women.  This is what is grounded in natural and divine law, and nothing else.  Human laws that teach something to the contrary, including no doubt laws with a different definition of marriage, should carry no weight.  Melanchthon also discusses “concupiscence,” which is disordered sexual desire, which would include all kinds of sexual immorality.  I suspect he would include homosexuality in that category.

Read the Apology, Article XXIII, after the jump.From Philipp Melanchthon, Defense of the Augsburg Confession – Book of Concord, Article 23:

6] We cannot approve this law concerning celibacy which the adversaries defend, because it conflicts with divine and natural law, and is at variance with the very canons of the Councils. And that it is superstitious and dangerous is evident. For it produces infinite scandals, sins, and corruption of public morals [as is seen in the real towns of priests, or, as they are called, their residences]. Our other controversies need some discussion by the doctors; in this the subject is so manifest to both parties that it requires no discussion. It only requires as judge a man that is honest and fears God. And although the manifest truth is defended by us, yet the adversaries have devised certain reproaches for satirizing our arguments.

7]First, Gen. 1:28 teaches that men were created to be fruitful, and that one sex in a proper way should desire the other. For we are speaking not of concupiscence, which is sin, but of that appetite which was to have been in nature in its integrity [which would have existed in nature even if it had remained uncorrupted], which they call physical love. And this love of one sex for the other is truly a divine ordinance. But since this ordinance of God cannot be removed without an extraordinary work of God, it follows that the right to contract marriage cannot be removed by statutes or vows.

8] The adversaries cavil at these arguments; they say that in the beginning the commandment was given to replenish the earth, but that now since the earth has been replenished, marriage is not commanded. See how wisely they judge! The nature of men is so formed by the word of God that it is fruitful not only in the beginning of the creation, but as long as this nature of our bodies will exist; just as the earth becomes fruitful by the word Gen. 1:11: Let the earth bring forth grass, yielding seed. Because of this ordinance the earth not only commenced in the beginning to bring forth plants, but the fields are clothed every year as long as this natural order will exist. Therefore, just as by human laws the nature of the earth cannot be changed, so, without a special work of God, the nature of a human being can be changed neither by vows nor by human law [that a woman should not desire a man, nor a man a woman].

9]Secondly, And because this creation or divine ordinance in man is a natural right, jurists have accordingly said wisely and correctly that the union of male and female belongs to natural right. But since natural right is immutable, the right to contract marriage must always remain. For where nature does not change, that ordinance also with which God has endowed nature does not change, and cannot be removed by human laws. 10] Therefore it is ridiculous for the adversaries to prate that marriage was commanded in the beginning, but is not now. This is the same as if they would say: Formerly, when men were born, they brought with them sex; now they do not. Formerly, when they were born, they brought with them natural right; now they do not. No craftsman (Faber) could produce anything more crafty than these absurdities, which were devised to elude a right of nature. 11] Therefore let this remain in the case which both Scripture teaches and the jurist says wisely, namely, that the union of male and female belongs to natural right. 12] Moreover, a natural right is truly a divine right, because it is an ordinance divinely impressed upon nature. But inasmuch as this right cannot be changed without an extraordinary work of God, it is necessary that the right to contract marriage remains, because the natural desire of sex for sex is an ordinance of God in nature, and for this reason is a right; otherwise, why would both sexes have been created? 13] And we are speaking, as it has been said above, not of concupiscence, which is sin, but of that desire which they call physical love [which would have existed between man and woman even though their nature had remained pure], which concupiscence has not removed from nature, but inflames, so that now it has greater need of a remedy, and marriage is necessary not only for the sake of procreation, but also as a remedy [to guard against sins]. These things are clear, and so well established that they can in no way be overthrown.

14]Thirdly, Paul says, 1 Cor. 7:2: To avoid fornication, let every man have his own wife. This now is an express command pertaining to all who are not fit for celibacy. 15] The adversaries ask that a commandment be shown them which commands priests to marry. As though priests are not men! We judge indeed that the things which we maintain concerning human nature in general pertain also to priests. 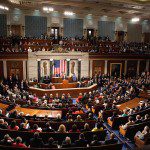 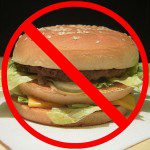 July 20, 2017 The left's "hamburger problem"
Recent Comments
0 | Leave a Comment
Browse Our Archives
get the latest from
Cranach
Sign up for our newsletter
POPULAR AT PATHEOS Evangelical
1