The Reformation, whose 500th anniversary is next month, had as its purpose the reformation of the Church.  But one result has been the emergence of some 33,000 different church bodies.  A major criticism of the Reformation is that it has created disunity among Christians. But is theological diversity the same thing as disunity?  Are there common beliefs that all Protestants can agree to?  A multi-denominational group of conservative Protestant theologians has drawn up a document defining a Protestant consensus entitled A Reforming Catholic Confession.

The document purports to show the catholicity of Protestant beliefs, to the point of suggesting that Protestantism in its breadth is actually more catholic than the Church of Rome or of Eastern Orthodoxy.  Read this account of how the document was put together.

The document addresses the Trinity, Scripture, anthropology, the fall, Jesus, the atonement, the Gospel, the Holy Spirit, the church, baptism and the Lord’s Supper, holy living, and the last things.  It is structured around the “solas” of the Reformation.

There are currently some 250 signatories:  Calvinists, Arminians, Baptists, Pentecostals, non-denominational evangelicals, representatives of international churches, etc.  The goal is to get more signatures.

So what would Lutherans, who started this whole Reformation thing, say about this Confession?  I counted  five Lutheran signatories.  The Lutheran Confessions also seek catholicity, though they also set up differences with the plethora of Protestant groups that would come.

Confessional Lutherans tend to be skeptical of “ecumenical” ventures.  The differences between theological perspectives are as important as their similarities.  We shouldn’t paper over the former in an effort to achieve a semblance of agreement.  Our theology of fellowship and our critique of “unionism” gets in the way.

Besides, Protestants have tried to come up with a unified confession since the Marburg Colloquy.  But how does this new Reforming Catholic Confession measure up?

Here is what it says on the Sacraments, the issue that shot down the efforts at Marburg:

That these two ordinances, baptism and the Lord’s Supper, which some among us call “sacraments,” are bound to the Word by the Spirit as visible words proclaiming the promise of the gospel, and thus become places where recipients encounter the Word again. Baptism and the Lord’s Supper communicate life in Christ to the faithful, confirming them in their assurance that Christ, the gift of God for the people of God, is indeed “for us and our salvation” and nurturing them in their faith. Baptism and the Lord’s Supper are physical focal points for key Reformation insights: the gifts of God (sola gratia) and the faith that grasps their promise (sola fide). They are tangible expressions of the gospel insofar as they vividly depict our dying, rising, and incorporation into Jesus’ body (“one bread … one body” – 1 Cor. 10:16-17), truly presenting Christ and the reconciliation he achieved on the cross. Baptism and the Lord’s Supper strengthen the faithful by visibly recalling, proclaiming, and sealing the gracious promise of forgiveness of sins and communion with God and one another through the peace-making blood of Christ (1 Cor. 11:26; Col. 1:20).

Lutherans should appreciate the emphasis that baptism and the Lord’s Supper are “tangible expressions of the Gospel.”  Indeed, this statement on the sacraments goes much further than is usual in Baptist and Reformed circles.  The statement, though, is carefully crafted so as to avoid “presence” language and “efficacy” language.  That makes it woefully inadequate from a Lutheran perspective.

But the confession is not intended to do away with the theological distinctives among Protestants.  Though the statements might not be sufficient, is there value in stating what we do agree with?

I would greatly appreciate you Lutheran pastors among our readership to take a look at this document and give your reactions.  Humble layman that I am, I am not adequate to the task of assessing this effort.

We would have problems with what the document does not say.  But is there anything wrong with what it does say?

Could a confessional Lutheran sign on to this confession?

I’d also be interested in hearing from folks from the other theological traditions:  Calvinists, Arminians, Pentecostals.  Also Catholics and Orthodox.

Is this document as much of a consensus as it tries to be?  If we are looking only at what it says, rather than what it does not say, couldn’t Catholics and Orthodox also agree with most of these statements?

And, given its nature and purpose, is this a worthy venture?  Does it raise theological issues that have been somewhat neglected in these various traditions in a helpful way?  And does this help answer the charge against the Reformation that its result was to completely shatter Christianity? 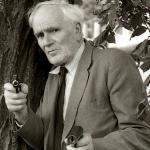 September 15, 2017
Refrigerators and anti-virus software as espionage devices
Next Post