Luther on Epiphany and Vocation 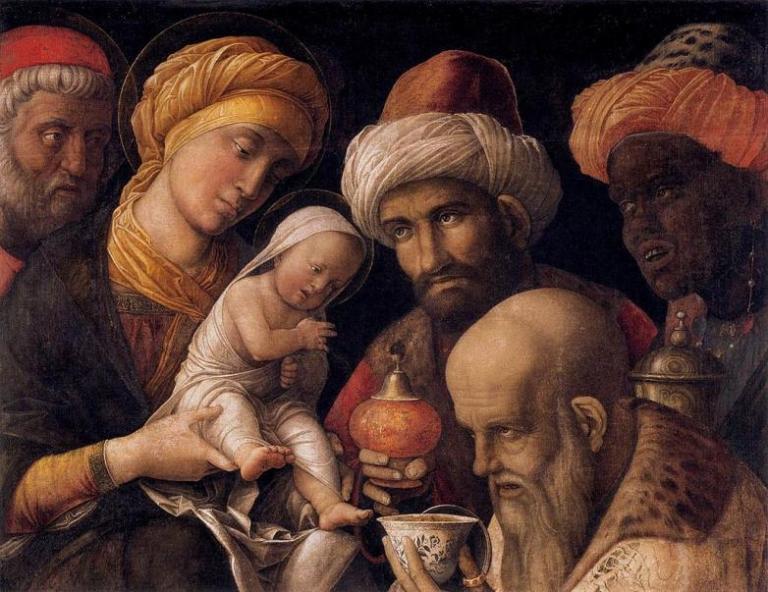 Today is the 12th and last day of Christmas.  (Happy drummers drumming day!)  Tomorrow is Epiphany, marking the coming of the Wise Men but also beginning the season of Epiphany, which commemorates the various “epiphanies” or revelations of Christ’s identity.  These took place throughout His life on earth (His baptism, His first miracle, etc.), with the season ending with the observance of His Transfiguration.  Then comes the very different season of Lent.  A good way to get your Epiphany off to a good start is to read Luther’s classic Epiphany Sermon.

He preached many on this theme, but this one was preserved as one of his “church postils.”  These were sermons covering the entire church year that were given to pastors as models or, in the case of the many unlearned clergy, as ready-to-read sermons to instruct their flocks.  The postils thus became extremely important in teaching the principles of Reformation theology to the common people.  They are of special interest to me because they include some of Luther’s most illuminating reflections on the doctrine of vocation.

Concordia Publishing House is publishing the Church Postils in five volumes as brand new editions to the Collected Works.  There will be five volumes, and four have already been released.  (Start here.)  They are also available in other forms, including 99 cent Kindle editions.  (These “church postils” were preached in church.  There are also “house postils” based on Luther’s preaching in his house to family and friends.  Those were published based on transcriptions of notes from people who heard them. )

Here an online version, which I’ll be quoting from:  SERMONS OF MARTIN LUTHER – EPIPHANY.

In this sermon, Luther plunges into the Wise Men account in Matthew 2:1-12, which he explores in a depth and detail that few of us are used to anymore.  It’s hard to imagine this discourse fitting into our 20-minute sermon mold, and it’s even harder to imagine an uneducated pastor reading out the whole thing to his congregation.

Also, the sermon is filled with digressions that are interesting in themselves, rabbit-trails though they be:  How King Herod is like the Pope, leading to a discourse about the papacy.  The difference between magic and natural forces.  True vs. False Worship, in light of the Ten Commandments, and more.

Through it all is the charm, wit, and edge that makes Luther so enjoyable to read.

I’ll give you some samples in hopes that they will make you want to read the whole thing.

First is his reading of a Biblical prophecy that indicates the timing of Christ’s birth, something I had never heard before!

2. The Evangelist first refers to Herod the king, in order to recall the prophecy of Jacob the patriarch, who said: “The scepter shall not depart from Judah, nor the ruler’s staff from between his feet, until Shiloh come; and unto him shall the obedience of the peoples be.” Genesis 4:9-10.

From this prophecy is evident that Christ must come, when the kingdom or government of the Jews is taken from them, so that no other king or ruler from the house of Judah might sit on the throne. This was fulfilled now when Herod, who was not of the house of Judah, nor of Jewish descent but of Edom, hence a foreigner, was made king over the Jews by the Romans to the great dissatisfaction of the Jewish people. Hence for thirty years he warred with them before he finally silenced and subdued them.

3. Now when this foreigner had ruled over the Jews for thirty years, had taken possession of the government, and the Jews had acquiesced therein having no hopes of getting rid of him and thus the prophecy of Jacob was fulfilled, then the time was at hand, then Christ came and was born under this first stranger and appeared according to the prophecy; as though he would say: The scepter has now departed from Judah, a stranger is ruling over my people; it is now time that I should appear and become king; the government now belongs to me.

Luther says that the Wise Men were not kings, as popularly thought, since Herod did not treat them as peers or give them the courtesy due to such a rank, but rather orders them around like commoners, which they must have been.  Luther says that the star must have been an apparition that hovered above the ground, rather than a celestial body in the sky; otherwise, they couldn’t follow it.  And then, in the midst of such factual speculation, Luther gives one of his startling insights into Scripture.  He points out that the Magi could not find the Christ-child with the star alone, but rather needed the Word of God, as given them by Herod’s scribes:

92. It was diligently prevented that the wise men should find Christ through themselves, or men. On the contrary, they found him alone through the Scriptures of the prophet and by the aid of the stars of heaven that there might be put to naught all natural ability, all human reason, all light outside of the spirit and of grace, which now boasts and pretends to teach the truth and lead people aright, as was said above is done in the universities. Here it is concluded that Christ, the knowledge of salvation, is not taught or acquired by human teaching or assistance, but the Scriptures and divine light must reveal him. as he says, Matthew 16:17: “Blessed art thou, Simon Bar-Jonah: for flesh and blood hath not revealed it unto thee, but my Father who is in heaven.” With this Christ distinctly casts aside flesh and blood with its revelation, i.e., man and all human wisdom, which, being nothing but darkness, cannot reveal Christ.

As for vocation, Luther drifts into a discussion of when we should expect a miracle (without “tempting God”) and when we should trust God to work through His creatures, including one’s own vocation and that of others.

105. Whatever can be accomplished by ordinary means should be done. We should not presume upon faith and say in idleness: I trust in God everything will grow that is to grow. His creatures have no purpose if we make use of them. In Genesis 1 he created and ordained all creatures with their works, and indicated the use man shall make of them. This will he never recall and ordain something special for you. . . .

107. If you have not God’s Word you should continue to make use of your power, of your goods, of your friends, and of all that God has given you, and thus abide in the dispensation, established by God, Genesis 1. For he did not give it to you in vain, he will not, for your sake, turn water into wine or stone into bread, but you should use according to his order whatever he has created until he forces you by word or work to use it differently.

108. But when the hour comes that the creature cannot help you any more and all your strength fails, behold then God’s Word begins. For then he has commanded us to acknowledge him as God, i.e. expect everything that is good from him. This word, though in force all the time, will yet be only understood and made use of in need, when nothing else avails. . . .

Again we read in the legends of the fathers that two brothers journeyed and one of them died of hunger for God’s sake; that is, he went to hell; for they came amongst wicked people, who offered them something to eat, and the one said, he would not take bread from these people, but expect his food from heaven. The other took and ate and lived. That fool did nothing else but set aside God’s order and tempted him. However sinful people may be they are still God’s creatures as well as thorns and thistles. You make use of a thorn to open a boil or for some other purpose; will you look contemptuously upon it, because it is a prickly brush?

Painting, “Adoration of the Magi,” by Andrea Mantegna [Public domain], via Wikimedia Commons 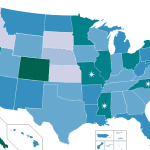 January 5, 2018
Legalizing Marijuana as a Test Case for Federalism
Next Post 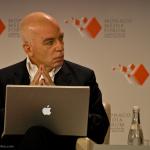 January 8, 2018 The Postmodern Exposé
Recent Comments
0 | Leave a Comment
Browse Our Archives
get the latest updates from
Cranach
and the Patheos
Evangelical
Channel
POPULAR AT PATHEOS Evangelical
1