Might the Russians Have Flipped the Election to Trump?

Might the Russians Have Flipped the Election to Trump? February 21, 2018 Gene Veith 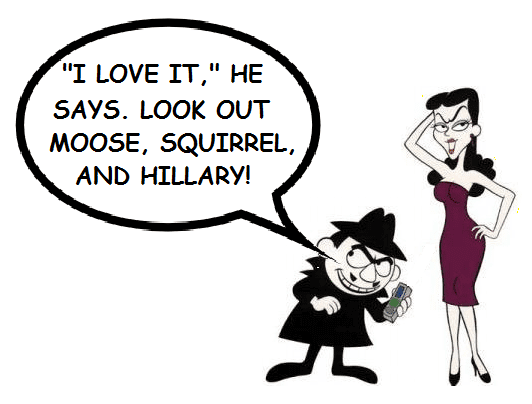 The indictment filed by Special Prosecutor Robert Mueller against 13 Russians and a Kremlin-connected organization shows that the Russian interference with the U.S. presidential election was no mere prank.  Its scale and tactics were such that it may well have contributed some votes to Donald Trump.  But even if it did, that by no means takes away the legitimacy of his election.

The Russian effort, according to the Mueller indictment, was a targeted, sophisticated attempt to prevent the election of Hillary Clinton and “establishment” Republicans.  In the primaries, this meant helping Bernie Sanders and helping Donald Trump by discrediting Marco Rubio and Ted Cruz.  In the general election, this meant helping Donald Trump.

This does not mean there was collusion with his campaign.  Trump had criticized American sanctions against Russia, which the Obama administration with the input of Secretary of State Hillary Clinton had imposed because of Russia’s aggression against Ukraine.  So Russia had a motive for interfering on behalf of Trump.  He need not have known anything about it.

According to this breakdown of campaign funds, Trump raised $957.6 million for his election, including $543.4 million from the Republican party, $334.8 million from his own campaign, and $79.3 million from Super-PACS.

These figures do not include money spent by independent entities, such as the Russians, that did not give to the campaign as such.  While chicken feed compared to the total spending on the campaign (including Clinton’s much bigger purse of $1.4 billion), the Russian investment of $45,000,000 was nearly 58% as much as that of all of the Super-PACS.

Furthermore, according to the indictment, the Russians targeted the “purple states,” those with a closely-balanced mixture of Democrats and Republicans that could be tipped either way (the indictment mentioned specifically Florida, Virginia, and Colorado).

That the Russians concentrated their advertisements, rallies, and social media activity on those states that could actually swing the election demonstrates an actual intention to determine the election’s outcome.

Read this account of what the Russians did in Florida.  It concludes that “the operation in Florida, the nation’s largest swing state, was in a class by itself.”  That includes organizing seemingly grass-roots “Florida Goes Trump” rallies.

The Florida Goes Trump rallies were held in more than 20 cities across the state on Aug. 20, 2016. News releases touting the event were rife with grammatical errors and used language ripped from a traditional Trump stump speech.

“We want to support our candidate and show the whole country that we must unite and make America great again!” read a posting about the rallies. “On August 20, we want to gather patriots on the start of Floridian towns and cities and march to unite America and support Donald Trump!”

That slightly-non-idiomatic English characteristic of non-native speakers was also evident in the social media barrage.

“We want to support our candidate and show the whole country that we must unite and make America great again!” read a posting about the rallies. “On August 20, we want to gather patriots on the start of Floridian towns and cities and march to unite America and support Donald Trump!”

Russian-linked Facebook group “Being Patriotic” sent messages to its followers as it was planning the rallies, stressing the importance of winning Florida.

“Florida is still a purple state and we need to appoint it red,” read the message, according to the indictment. “If we lose Florida, we lose America.”

These rallies included a stunt that would be picked up and repeated at other non-Russian sponsored Trump events:  having someone dress up like Hillary Clinton and putting her into a cage on a flat-bed truck, dramatizing the “Lock her up!” chant.

Beyond the rallies, the Russian scheme also used its social media reach to falsely tie Clinton to voter fraud in South Florida, a region with a long history of voting abnormalities.

Russian-linked Twitter accounts on Nov. 2, well into the state’s early-voting period, blasted out a tweet saying voter fraud was occurring because “tens of thousands of ineligible mail in Hillary voters are being reported in Broward County, Florida.”

Could such efforts flipped the always crucial battleground state of Florida with its 29 electoral votes into the Trump column?  Trump beat Clinton in Florida with a 1.2% margin, a difference of about 113,000 votes.  Could that many voters have changed their mind because of the rallies, advertising, social media commentary, and the false rumors put out by the Russians?

If campaign rallies, online advertising, and social media initiatives are not effective politically, why do the political parties and their candidates spend so much money on them?

Might the Russian operation, in such a close election, have tipped the balance in these battleground states to Trump?  Might the Russians have actually made Donald Trump our president?

First of all, this is highly unlikely.  Though Clinton won the popular vote, Trump won the Electoral College by a fairly large margin, 304-227.  In the 2000 election, the contest between George W. Bush and Al Gore hinged on the outcome of Florida’s hanging chads.  But Florida was not critical to Trump, with his 77 electoral vote advantage. Of the purple states mentioned in the indictment, only Florida voted for Trump.  Virginia and Colorado voted for Clinton.  Trump won because he was able to turn Michigan, Pennsylvania, and Wisconsin, states that had voted for the Democratic candidate for president since the 1990s.

More to the point, even if the Russians did influence the way some Americans cast their votes–in fact, even if they influenced enough voters to swing the election to Trump–that would not negate the legitimacy of Trump’s election.

We can never know the reasons why Americans chose to cast their vote for one candidate or the other.  Who influenced them, what arguments they found persuasive, what ads had an impact on their thinking–if any–is irrelevant, as long as the voter made a free decision at the ballot box.

The law states that foreign governments may not get materially involved in our elections.  Russian involvement was clearly not only a violation of American law, but a serious act of aggression against the United States of America, a sort of non-military invasion of our nation.

But unless the Mueller investigation can show that President Trump and his campaign knowingly conspired with the Russians–and there has been no evidence of that as far as anyone has shown–he has been duly elected to his office. 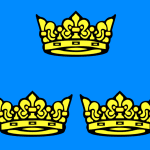 February 20, 2018
The Two Kingdoms Doctrine Does Not Mean Moral Relativism
Next Post 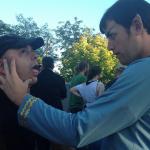 February 21, 2018 By 2050 Mind Melds Will Replace Language
Recent Comments
0 | Leave a Comment
Browse Our Archives
get the latest from
Cranach
Sign up for our newsletter
POPULAR AT PATHEOS Evangelical
1

The Scientist Who Calculates the End...
Cranach
Books by This Author Books by Gene Veith

Evangelical
Why Republicans Are Likely to Win in Georgia...
Cranach
TRENDING AT PATHEOS Evangelical