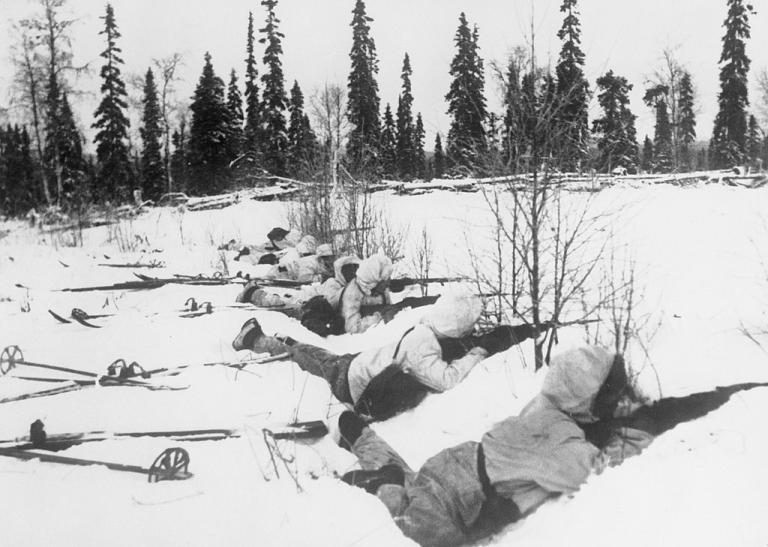 Sweden and Finland are not members of NATO.  But they are on Russia’s doorstep.  During the Cold War, they developed plans for “total defense,” in which the whole population would be mobilized to resist an invasion.  After the Soviet Union collapsed, Sweden let their mobilization plans lapse, though Finland kept theirs going.  Now with Russia throwing its weight around again, Sweden is implementing a new “total defense” plan.

The Second Amendment, with its “well-regulated militia” clause, arguably calls for a “total defense” plan, in which armed citizens can be mobilized to defend their communities (as in Indian attacks) and their country as a whole (as in the state and local regiments that fought in the Civil War), an arrangement the founders preferred to a standing army.  Is any of that still feasible for the United States?

First read about this modern plan that Sweden is developing.  From Aaron Mehta, Fortress Sweden: Inside the plan to mobilize Swedish society against Russia,in Defense News:

A landmark commission formed in early 2017 is laying the groundwork to revitalize Sweden’s “total defense” concept, which would see the country ready to use all aspects of Swedish life to push back an invasion from an unspecified foreign adversary — but one that sounds suspiciously like Europe’s biggest bogeyman in Moscow.

In an exclusive interview with Defense News during a recent visit to Washington, Defence Commission head Bjorn von Sydow and commission secretariat chief Tommy Akesson explained their vision for revitalizing Sweden’s defense infrastructure — one they believe must enable the country to hold out against a major invasion for three months.

“When we say civil defense, we mean all civil activities in society, including medical care, including shelters of course, including private companies, everything. Local communities and all their obligations,” Akesson said. “It’s a total mobilization of the country and planning for how to put all forces in society in the direction of solving, in the worst case, a military attack.”. . .

Where do those funds go [4.5 billion krona per year]? A lot will go toward infrastructure, such as building new shelters and depots. Other funds will go toward developing new technologies needed to defend the homeland. And part of it will be spent on training to resist propaganda efforts and fake news spread via social media. That latter point is something von Sydow said was important because part of the commission’s requirement is not just to defend the homeland, but to defend the democratic principles that are vital to the nation.

“Ultimately the protection of democracy and political process is viewed as a core national interest,” said Erik Brattberg with the Carnegie Endowment for International Peace. “That is part of defense and total defense. It’s not just about making sure people have electricity and food. It’s also about making sure societal values, principles and norms” exist.

Finland, whose citizens have a high rate of gun ownership largely for this purpose, never dismantled its total defense plan.  The article, above, quotes a Finnish official:  “It’s not going to be an easy walk to try and invade us,” [Defense Minister Janne] Kuusela said. “Any potential aggressor has to think about that twice before entering Finland.”  Russia tried that once, with disastrous results.
Does the “well-regulated militia” clause of the Second Amendment make it a Constitutional requirement that the United States have something like this?  It certainly doesn’t change the individual’s right to keep and bear arms, as gun-control activists say, since a militia required that individuals have weapons in their possession.  The militia reference does, however, make it clear that the Second Amendment is not primarily about hunting!
The United States does have a “National Guard” organized by states, with part-time citizen soldiers, as well as part-time “reserve” military units.  I don’t think those constitute a “militia” as the founders understood it.
But do you think citizen militias, such as they had in the 18th century, are obsolete?  Surely, war has become more high-tech, requiring professionals with far more training and skills than could be expected of ordinary citizens. And a citizen army could hardly stand up against a modern enemy force.
On the other hand, most of our recent wars–in Vietnam, Iraq, Afghanistan–were against relatively low-tech opponents, whose guerilla tactics often stymied our technologically-sophisticated military.  “Total defense,” as I understand it in the Scandinavian countries, would include citizens being trained in guerilla tactics.  Should Americans have that too?
Or is America too big and divided for this sort of thing, so that such training–which creates a sense of national unity in other countries–would simply empower insurrectionists and extremist groups?
What if we had a “well-regulated militia” combined with a much-smaller standing army?  The latter would have the best in military technology, but would be much cheaper, due to the smaller number of professionals that it employed.  The militia–an all-volunteer force, trained and “well-regulated”–would consist of citizens who are unpaid, except for training periods and when they are deployed, and who would live and work in their regular communities.  (OK, we’ll no doubt still need a navy.)
Notice one consequence of this system:  The bulk of our military would be defensive.  We could not project our military presence around the world.  We could not easily engage in large-scale military interventions abroad.  The standing military could still send special forces and conduct quick strikes as necessary.  And, in event of a world war, the militias could be mobilized, but this would take legislative action and a genuinely broad-based national commitment.
Photo:  Finns fighting the Russians in the Winter War (1940) by Finnish official photographer [Public domain, Public domain or Public domain], via Wikimedia Commons 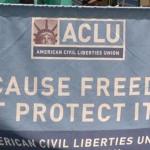 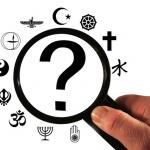 March 16, 2018 What Is Religion, Anyway?
Recent Comments
0 | Leave a Comment
Browse Our Archives
get the latest from
Cranach
Sign up for our newsletter
POPULAR AT PATHEOS Evangelical
1

Evangelical
Teddy Roosevelt Did Exactly What the Captain of...
Cranach
TRENDING AT PATHEOS Evangelical