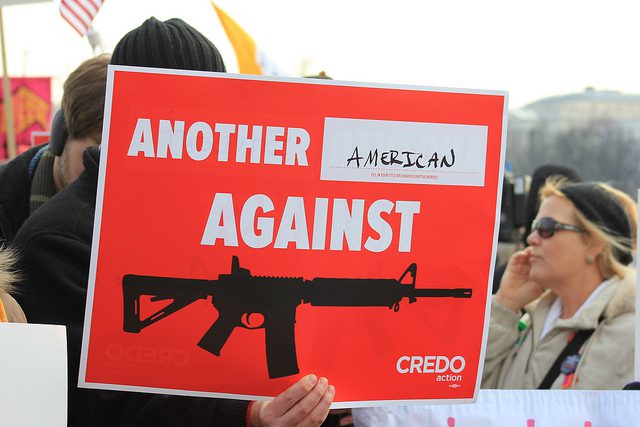 The president chastised his fellow Republican politicians for being in thrall to the NRA.  “They have great power over you people,” he said, referring to NRA officials. “They have less power over me.”

He also said something that might alarm civil libertarians in general.  President Trump was responding to a comment from Vice President Pence, who said that a way should be found to take away guns from dangerous individuals, while, of course, observing due process and the individual’s rights by first getting a court order.  President Trump interjected, “Take the guns first, go through due process second.”  (See below for details and links.)

I have questions for both sides:

(1)  If you are a supporter of Trump and an opponent of gun control, which takes priority?  Does your support of the president extend to agreeing with him that our nation needs to implement new restrictions on access to firearms?  Or does your support of the Second Amendment mean that you disagree with Trump?  If so, do you just disagree with him on this one issue, or does seeing this side of him turn you against him completely?

(2)  If you do not approve of Trump and if you believe in gun control, are you willing to give Trump credit for opposing the NRA?  Or do you still oppose him regardless of what he does to restrict gun ownership? 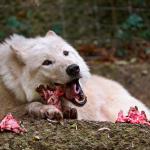 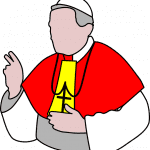 March 1, 2018 The Pope's Efforts to Reverse Birth Control Ban
Recent Comments
0 | Leave a Comment
"I do not understand what you have written. Would like to have another go?"
John Crockett The USA is 1/3 Religious, 1/3 ..."
"I am amused by your claim to understand human history, particularly when you offer so ..."
John Crockett The USA is 1/3 Religious, 1/3 ..."
"We don’t grow out of it. We all make a conscious choice to leave, God/Jesus.And ..."
D.M.S. Republicans Should Be Party of Working ..."
"Yes she does.God/Jesus comes before her."
D.M.S. Republicans Should Be Party of Working ..."
Browse Our Archives
get the latest from
Cranach
Sign up for our newsletter
POPULAR AT PATHEOS Evangelical
1