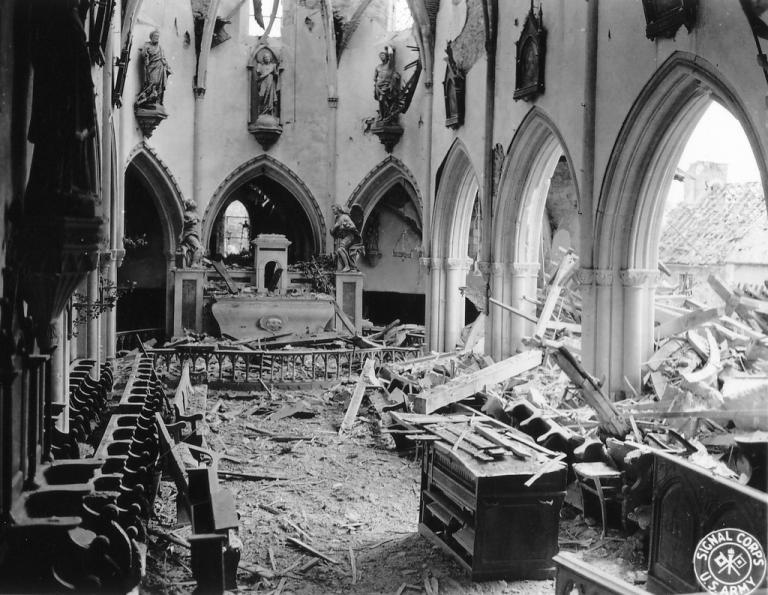 According to a new study, the number of white evangelicals is dropping precipitously, to the point that there are now more Americans who profess “no religion” (21%) than there are who claim to be “evangelicals” (13%).

Is this accurate?  The definitive study of American religious demographics is America’s Changing Religious Landscape from Pew Research.  That gives the percentage of evangelicals as 25.4%, down only slightly from 26.3% in 2007.  That study was published in 2015, from data collected in 2014.

But if these new numbers are correct, the percentage of evangelicals has dropped by nearly half in three years, from being one in four Americans to just over one in ten.  Can that be right?

First of all, these are percentages of the total population, not raw numbers.  The white population as a percentage of the whole has declined, as the study points out, though the drop in the evangelical numbers is even greater.  Also, the ABC/Post study focuses on white evangelicals.  There are lots of Hispanic and Asian-American evangelicals.  Black Protestants are treated separately, though most have evangelical beliefs.

Then there is the issue of definition.  Pew counts conservative Protestants, including LCMS Lutherans, as “evangelical.”  Barna, pollsters who specialize in religion, counts self-described “born again” Christians, which includes many in mainline liberal denominations, as making up 23% of the population.  But by Barna’s more rigorous criteria involving doctrine and practice, only 6% are truly “evangelical.”  The ABC/Post poll seems to rely on how people describe themselves, but as more conservative Protestants seek to distance themselves from that label, that approach may be somewhat misleading.

Here are some more findings from the ABC/Post study:

(4)  Other Christian groups that are neither Protestant nor Catholic–such as the Orthodox, Jehovah’s Witnesses (sic), and Mormons (sic)–have risen from 11% to 14%.  [So a bigger percentage belongs to these groups, not all of whom would be considered Christian by the terms of historical orthodoxy, than to white evangelicalism (13%)?  That doesn’t sound right, but maybe it is.]

Although we might question some of the figures, let’s assume that the overall findings are correct.  Conservative Christians have long lorded it over the mainline liberal denominations, whose numbers have been in decline for decades.  Now it may be conservative Christians’ turn to decline in numbers.

But what do we expect?  We keep complaining that the culture has moved away from Christian morals and Christian thinking.  Of course churches would have fewer members in such a climate!  How could it be otherwise?

An article by Ed Kilgore in New York Magazine, written in a rather gloating tone, raises another issue.  If white evangelicals make up only 13% of the population, how come they have so much political clout?  Their numbers are actually quite negligible.  He notes the recent formation of the “Free-Thought Caucus” in Congress, consisting presently of just four members:  Reps. Jared Huffman (CA), Jamie Raskin (MD), Jerry McNerney (CA), and Dan Kildee (MI), all Democrats.  Kilgore says, “If the irreligious ever get serious about flexing their muscles politically, a lot could change in this country, particularly on church-state separation issues.”

Photo:  Marigny church in ruins [after Battle of Normandy] by Signal Corps, US Army (US Army) [Public domain], via Wikimedia Commons 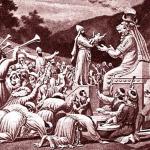 May 17, 2018
Defending Child-Killing in the Name of Cultural Relativism
Next Post 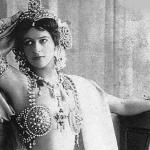 May 18, 2018 Does Vocation Allow a Spy to Employ Sex as an Espionage Tactic?
Recent Comments
0 | Leave a Comment
Browse Our Archives
Related posts from Cranach