In 20 Years, the Minority Rules 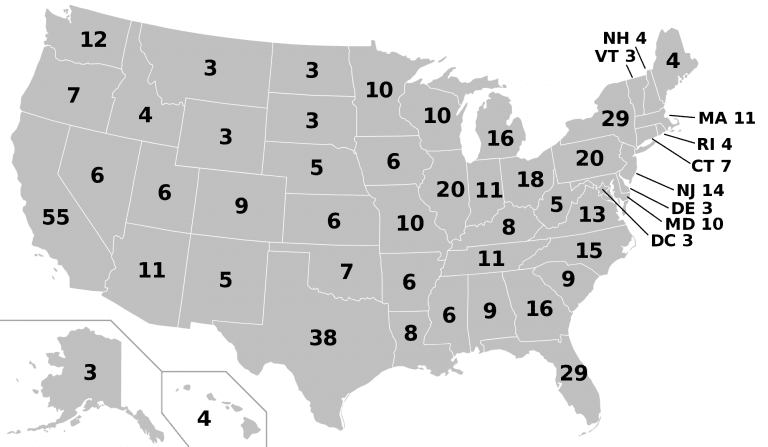 In a couple of decades, half of the population of the United States will be concentrated in just 8 states.  The rest will be scattered throughout the other 42.  This will have serious political and constitutional consequences.

So observes Philip Bump, in the Washington Post, in an article entitled  In about 20 years, half the population will live in eight states.  He quotes Norman Ornstein of the American Enterprise Institute:  “By 2040 or so, 70 percent of Americans will live in 15 states. Meaning 30 percent will choose 70 senators. And the 30% will be older, whiter, more rural, more male than the 70 percent.”

Geographically, most of those 16 states will be on or near the East Coast. Only three — Arizona, Texas and Colorado — will be west of the Mississippi and not on the West Coast.

Though it may be true that the minority states will be more rural, whiter, and older, it isn’t clear what party will have the advantage with these demographics, as the article admits.  Mr. Bump also points out that the older demographic in 2040 will be aging Millennials, and there is no telling how they will vote.

But the point is, our constitutional system of state representation will mean that a minority of Americans will control the Senate and very likely the electoral college.  Which throws off the principle of majority rule in a democratic process.

What should we make of this?  Can you think of any reforms that might address this problem?

Or should we just see this as the cost of having a federal system? 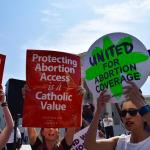 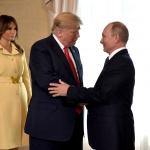 July 18, 2018 What Can We Think of Trump's Summit with Putin?
Recent Comments
0 | Leave a Comment
"Scripture establishes that man has a bound will. Man is either a slave of sin ..."
Rev_Aggie_98 Churches without Members, Christians without Churches
"So Romans 13:1-5. is a lie then?Yes He would be ministering to them. But He ..."
D.M.S. No, Religious Conservatives Didn’t Cause Church ..."
"I can appreciate your frustration, but you are first of all asking for something that ..."
Bill Powers Churches without Members, Christians without Churches
"Virtue doesn't cause death. Virtue is life-sustaining. The reason it seems that virtue doesn't sustain ..."
Rev_Aggie_98 Churches without Members, Christians without Churches
Browse Our Archives
get the latest from
Cranach
Sign up for our newsletter
POPULAR AT PATHEOS Evangelical
1