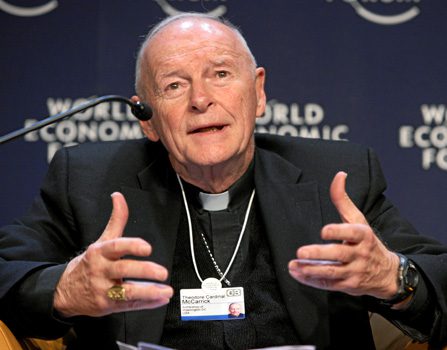 Perhaps the highest ranking sexual abuser among Catholic clergy is Cardinal Theodore McCarrick, whose improper relationships with seminarians was reportedly well-known at the time and whose abuse of minors took place over decades.  As a result of recent publicity, he was removed from office and ordered to spend the rest of his life in prayer.

But now a well-respected Catholic insider, Archbishop Carlo Maria Viganò, who was apostolic nuncio–that is, ambassador from the Vatican–in Washington, D.C., while McCarrick was archbishop over that diocese, has charged Pope Francis with complicity in the scandal.

According to Viganò, Pope Benedict had already removed McCarrick from office, imposing the same sanctions that he is under today.  But that Pope Francis, upon assuming office, actually lifted those sanctions.  Whereupon McCarrick took up his role as cardinal again and, in fact, served as an advisor to Pope Francis, including recommending men to important ecclesiastical positions.

In a “testimony” released to the Church and to the Catholic press, Viganò describes his own efforts to stop McCarrick and reports on other clerics who covered up for him.  But his allegations against Pope Francis are especially damning.  Viganò said that he personally told Pope Francis about McCarrick’s depradations in 2013!

He closed his testimony by calling on the Pope, along with the others involved, to resign.  Here is what he says:

I want to recall this indefectible truth of the Church’s holiness to the many people who have been so deeply scandalized by the abominable and sacrilegious behavior of the former Archbishop of Washington, Theodore McCarrick; by the grave, disconcerting and sinful conduct of Pope Francis and by the conspiracy of silence of so many pastors, and who are tempted to abandon the Church, disfigured by so many ignominies. At the Angelus on Sunday, August 12, 2018 Pope Francis said these words: “Everyone is guilty for the good he could have done and did not do … If we do not oppose evil, we tacitly feed it. We need to intervene where evil is spreading; for evil spreads where daring Christians who oppose evil with good are lacking.” If this is rightly to be considered a serious moral responsibility for every believer, how much graver is it for the Church’s supreme pastor, who in the case of McCarrick not only did not oppose evil but associated himself in doing evil with someone he knew to be deeply corrupt. He followed the advice of someone he knew well to be a pervert, thus multiplying exponentially with his supreme authority the evil done by McCarrick. And how many other evil pastors is Francis still continuing to prop up in their active destruction of the Church!

Francis is abdicating the mandate which Christ gave to Peter to confirm the brethren. Indeed, by his action he has divided them, led them into error, and encouraged the wolves to continue to tear apart the sheep of Christ’s flock.

In this extremely dramatic moment for the universal Church, he must acknowledge his mistakes and, in keeping with the proclaimed principle of zero tolerance, Pope Francis must be the first to set a good example for cardinals and bishops who covered up McCarrick’s abuses and resign along with all of them. 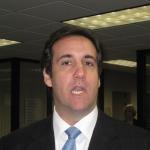 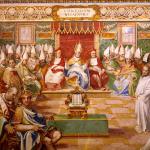 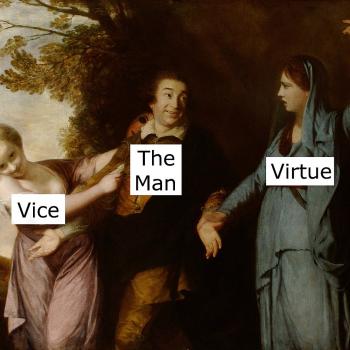 Evangelical
The Progressive Values vs. the Traditional Virtues
Cranach
TRENDING AT PATHEOS Evangelical