Reformation Then and Now

The Church is discredited:  plagued by corruption, including sex scandals.  Trusting human leaders whose failures disillusion their followers.  The Church is seen as pre-occupied with politics.  The Gospel of Christ’s justification of sinners is buried under elaborate schemes of works-righteousness.  The Word of God is marginalized and misused.  That was the Church of 1517, in sore need of Reformation.  Increasingly, this also describes the Church of 2018, which is also in need of Reformation.  Today, not just the Catholic church needs Reformation, so does the Protestant church.  The same Reformation as the one 500 years ago.

That was my thesis in a talk I gave at a Reformation festival in upstate New York last weekend:  “The Reformation Then and Now.”  Fellow Patheos blogger Jordan Cooper was in the house, and he has made my presentation into a podcast.

To observe Reformation Day today, I will post a few of the points I make in that presentation to make my case that the key themes of the Reformation are live issues today.

The Eclipse of the Gospel

The Gospel could still be found in the Middle Ages, and it can certainly be found today.  But consider these developments in contemporary Christianity:

The biggest and most pervasive problem, though, is the view that the Gospel is simply for conversion.  After that, we are under the Law.  Similar to what the Medieval Church taught about Baptism, that it delivered us from original sin and for all sins committed up to that point, by applying the Gospel only to the moment of conversion, the Gospel is marginalized and made into a relatively small part of the Christian life.  The Reformation, though, taught that the Gospel is for all of the Christian’s life, that it creates the life of faith, which bears the sanctifying fruit of good works in love and service to our neighbors.

But if part of the church’s need for Reformation is its immorality, don’t we need more Law?  Aren’t Christians using the Gospel as a cover for their sinfulness?

First of all, those who think that they are saved by the Law tend to weaken and redefine the Law so as to make it easier for them to keep.  Instead of seeking and finding forgiveness, they insist that they do not need forgiveness.

Faith in Christ–not faith in oneself, or faith in one’s conversion–justifies, and, in so doing, it changes us on the inside and shapes our external actions.  Christians do indeed need the Law, in all of its uses, but only pairing it with the Gospel and using them together can sin be defeated.

The Eclipse of God’s Word

The Medieval Church did believe in God’s Word, and most Protestants today accept to one degree or another its authority.  But the Word then and now has been marginalized and misused.  Consider these developments in contemporary Christianity:

The “Red Letter Christians” teach that we only need to follow the words of Jesus–printed in red letters in many editions of the Bible–and not the rest of Scripture.

The biggest and most pervasive problem, though, is missing the sense in which God’s Word is a means of Grace.  That when we read or hear or study the Scriptures, God’s Word is “living and active” (Hebrews 4:12).  In His Word, God addresses us in a personal way, and the Holy Spirit–by bringing us to repentance and bringing us to Christ–creates faith in our heart.

When we fail to use the Bible in this way, our faith tends to remain superficial and unfruitful.  Furthermore, we miss the power of the Holy Spirit when we look for Him inside ourselves rather than externally, in language of God’s Word.

Many other things I say on these and related topics.  Again, you can listen to the podcast.  I also deal with some of the new issues that have come to the fore 500 years after the first Reformation, but which that Reformation can also help us deal with today.  For more about those, see my new book with Trevor Sutton, Authentic Christianity.

Painting:  Detail from the Wittenberg Altarpiece by Lucas Cranach the Younger [Public domain], via Wikimedia Commons 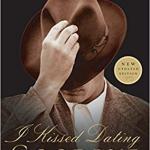 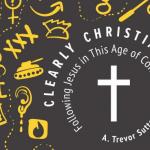 November 1, 2018 From Confusion to Clarity about Christianity
Recent Comments
0 | Leave a Comment
Browse Our Archives
Follow Us!