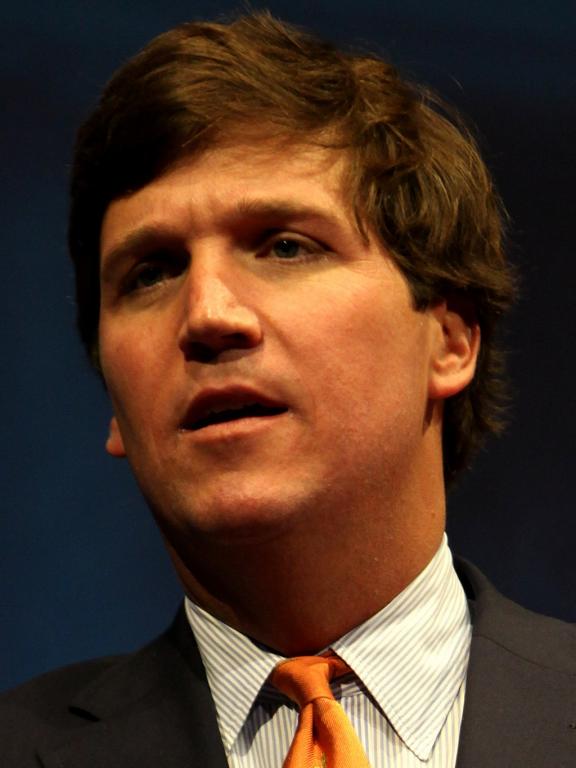 Fox News commentator Tucker Carlson, a conservative and a Trump supporter, gave an answer to Mitt Romney’s critique of the president.  But in doing so, Carlson made an impassioned case that both parties’ preoccupation with economic growth is ignoring  the plight of ordinary Americans.  In fact, he argues that free market capitalism–his fellow Republicans’ answer to everything–has been destroying families, faith, and culture.

Our economy is booming.  So why, he asks, is the nation so full of despair, with a soaring suicide rate and a plummeting life expectancy?  Conservatives blamed big government, with some justification, for the social collapse of the inner cities.  But now the same pathologies–the absence of marriage, out-of-wedlock births, high male unemployment, drug addiction–afflict white conservatives in rural small towns.  Why is that?  Carlson says that because of high finance market decisions, manufacturing has dried up, so that women in these communities–who work in the few institutions standing, schools and hospitals–now make more than men do.  And since women refuse to marry men who make less than they do, the marriage rate collapses, along with the social and moral benefits that marriage brings.  Yet Republicans still support Mitt Romney-style corporate globalism.

That’s only one example of Carlson’s provocative analyses.  See what he says about why marijuana is being legalized:  both governments and corporations think they can make lots of money from it, despite the devastating cultural effect.

You’ve got to read the transcript or watch the monologue.  It is spurring lots of discussion and controversy in conservative circles.  You need to be a part of that, whether you agree or disagree.  Here are some excerpts from the transcript:

At some point, Donald Trump will be gone. The rest of us will be gone, too. The country will remain. What kind of country will be it be then? How do we want our grandchildren to live? These are the only questions that matter.

The answer used to be obvious. The overriding goal for America is more prosperity, meaning cheaper consumer goods. But is that still true? Does anyone still believe that cheaper iPhones, or more Amazon deliveries of plastic garbage from China are going to make us happy? They haven’t so far. A lot of Americans are drowning in stuff. And yet drug addiction and suicide are depopulating large parts of the country. Anyone who thinks the health of a nation can be summed up in GDP is an idiot. . . .

One of the biggest lies our leaders tell us that you can separate economics from everything else that matters. Economics is a topic for public debate. Family and faith and culture, meanwhile, those are personal matters. Both parties believe this.

Members of our educated upper-middle-classes are now the backbone of the Democratic Party who usually describe themselves as fiscally responsible and socially moderate. In other words, functionally libertarian. They don’t care how you live, as long as the bills are paid and the markets function. Somehow, they don’t see a connection between people’s personal lives and the health of our economy, or for that matter, the country’s ability to pay its bills. As far as they’re concerned, these are two totally separate categories.

Social conservatives, meanwhile, come to the debate from the opposite perspective, and yet reach a strikingly similar conclusion. The real problem, you’ll hear them say, is that the American family is collapsing. Nothing can be fixed before we fix that. Yet, like the libertarians they claim to oppose, many social conservatives also consider markets sacrosanct. The idea that families are being crushed by market forces seems never to occur to them. They refuse to consider it. Questioning markets feels like apostasy. . . .

Once our leaders understood they could get rich from marijuana, marijuana became ubiquitous. In many places, tax-hungry politicians have legalized or decriminalized it. Former Speaker of the House John Boehner now lobbies for the marijuana industry. His fellow Republicans seem fine with that. “Oh, but it’s better for you than alcohol,” they tell us.

Maybe. Who cares? Talk about missing the point. Try having dinner with a 19-year-old who’s been smoking weed. The life is gone. Passive, flat, trapped in their own heads. Do you want that for your kids? Of course not. Then why are our leaders pushing it on us? You know the reason. Because they don’t care about us. . . .

Republican leaders will have to acknowledge that market capitalism is not a religion. Market capitalism is a tool, like a staple gun or a toaster. You’d have to be a fool to worship it. Our system was created by human beings for the benefit of human beings. We do not exist to serve markets. Just the opposite. Any economic system that weakens and destroys families is not worth having. A system like that is the enemy of a healthy society.

What do you think of his analysis?

Notice that Carlson and Donald Trump are on the same side.  Trump’s populism, protectionism, and concern for blue collar workers is what Carlson is defending against the big-business priorities of the Republican establishment, exemplified by Mitt Romney.

Though Carlson’s critique is socially conservative, in its concern for family, faith, and culture, I think most liberals would agree with much of what he says.  And yet, they are so blinded by their hatred for Trump that they do not see their common ground.

Surely the plight of the rural working class, which this blog has often discussed, can be alleviated by economic prosperity, which has to come from market forces.  It is also true that free market economics sometimes needs help–such as anti-monopoly laws–to work properly.  Is there a free market solution to jobs moving oversees?  (I’ve heard Republicans say that job loss is just “creative destruction” and that the displaced workers need to move elsewhere or improve themselves to find work.  But if you can’t sell your home, you are stuck in place.  And if you are no good at school, you can’t get more education.  What is supposed to happen to those who, for whatever reason, are left behind in a booming economy?)

Recall that what we Americans call economic conservatism is known in the rest of the world as “liberal [the Latinate word for free] economics,” and is associated with Enlightenment-style “progress.”  How compatible is that with social conservatism? 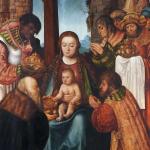 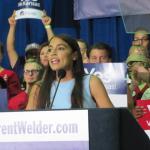 January 8, 2019 The Green New Deal
Recent Comments
0 | Leave a Comment
"And nobody ever had non-marital sex before 1965. And nobody ever wrote a pop song ..."
Amaryllis The Sexual Revolution Is Systemic
"The larger issue of the post remains and applies there. First, the definitions of "CRT" ..."
T Freeman Civil Rights vs. Critical Race Theory
"Wow. With siblings like this . . ."
T Freeman Civil Rights vs. Critical Race Theory
"Hey! We're starting to get on the same page what is meant by systemic racism.Using ..."
T Freeman The Sexual Revolution Is Systemic
Browse Our Archives
get the latest from
Cranach
Sign up for our newsletter
POPULAR AT PATHEOS Evangelical
1