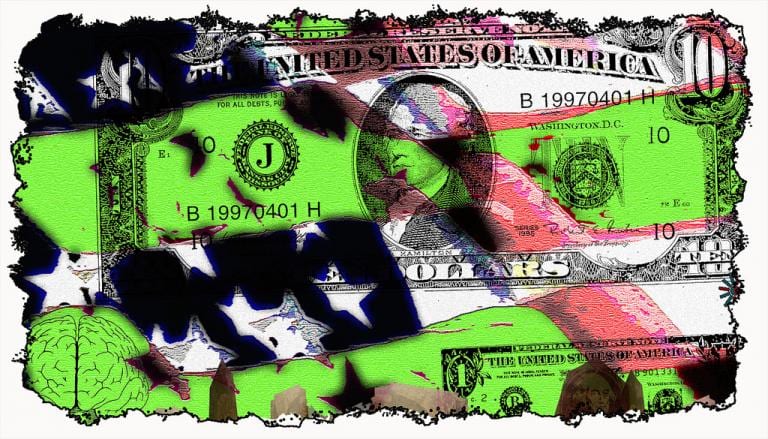 Remember the Republican state of outrage and trepidation when the Obama administration racked up a national debt of $14 trillion?  Well, under a Republican Congress and President, we now owe $22 trillion.  Not only debt but deficit spending is soaring.  This year’s budget deficit will be nearly $1 trillion. Democrats are rallying behind programs that would cost at least $4 trillion per year.   But a new economic theory known as “Modern Monetary Theory” is arguing that since government is the entity that creates money deficits don’t matter.

First, a paragraph on how bad things have gotten from Daniel Horowitz:

It feels like it was yesterday when I was watching the news as a kid with my parents in 1995, listening to Newt Gingrich, during the infamous shutdown fight, warn about the dire consequences of crossing the $5 trillion debt milestone. It feels like it was yesterday when I was writing press releases for candidates in “the year of the Tea Party” on how Obama and the Pelosi Congress took the debt to $14 trillion in such a short period of time. Now, over eight years into varying degrees of GOP control of Congress and the White House, we have crossed the $22 trillion mark, expanding the debt more rapidly than at any time in our history. Whereas the debt exploded by $5 trillion during Bush’s eight-year tenure, a shocking figure at the time, it has now increased $8 trillion just since Republicans controlled the House in 2011 and by $4 trillion over the past four years, since they controlled at least two of the three political organs of government.

Debt, of course, has to do with government bonds.  Deficits involve spending more than we take in.  They are two different things, but deficits add to our accumulated debt year by year.

The advocates of “Modern Monetary Theory,” such as Bernie Sanders economic advisor Stephanie Kelton, say none of this is a problem.  From Victoria Guida, Ocasio-Cortez boosts progressive theory that deficits aren’t so scary:

Deficits have long been considered a drag on the economy, diverting private investment into government bonds instead of jobs and technology, and swallowing tax dollars into a mounting pile of interest payments. To avoid these effects, government spending is often framed like business spending: Costs should be offset by revenue.

But the philosophy that Kelton and others are pushing — dubbed “modern monetary theory” — views it differently. Governments, it says, create money, so they don’t even need to borrow any — they can spend as much as they like. The only limitation should be the threat of inflation, not insufficient revenue.

Under this theory, if the government did spend enough to stoke inflation, it would be counteracted not by the Federal Reserve hiking interest rates, as it does today, but by the president and Congress agreeing to raise taxes to pull money out of the system — assuming they would be willing to take that politically unpopular step. Interest rates would be pegged at a low level.

This economic theory is gaining favor among “progressives” who want to be able to fund the Green New Deal, though likely big-spending Republicans will also find it attractive.

But I do not see how the notion that “government creates money”–as opposed to private enterprise producing value symbolized in a medium of exchange–can possibly work.  Unless, that is, the government controls the entire economy.  In other words, unless we implement socialism.  Not Scandinavian style social democracy–read here about Sweden’s rejection of budget deficits–but actual, full-on, totalitarian socialism.

Even under socialist command economies, though, the laws of economics–which are not just theories but laws–have a way of asserting themselves.   I once lived for a few weeks with a family in Estonia when it was still a part of the Soviet Union.  For all the quota systems in Soviet manufacturing, if a product costs more in resources and labor to produce than it is allowed to be sold for, there will be shortages of that product.  Thus, under Communism, there were shortages of practically everything, and our sightseeing with the family was punctuated by stopping to stand in line when we came across a shop that had something to sell.  (“They have lightbulbs!”)  Eventually, the Soviet economy collapsed completely, with Chinese Communism surviving by incorporating free market practices while retaining the totalitarianism.

The point is, both Democrats and Republicans, in a significant bipartisan consensus, are running up budget deficits at a staggering rate.  Is “Modern Monetary Theory” an enabling rationalization, or do you think there is something to it?  Do you think it will bring on economic collapse or socialism, or–following Marx–a collapse that brings on socialism?  Or, since we have lived with deficits for so long and have managed to survive, are deficits no big deal after all?

Illustration by A. K. Rockefeller, “All Debts” via Flickr, Creative Commons License 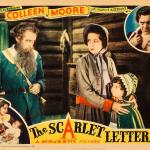 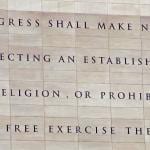 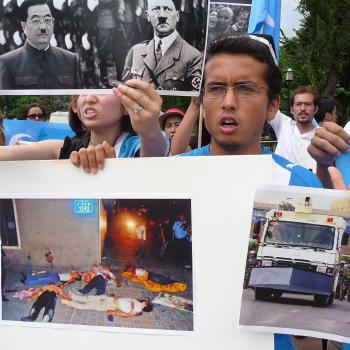