How the Left Can Help You Be Religious

How the Left Can Help You Be Religious April 4, 2019 Gene Veith 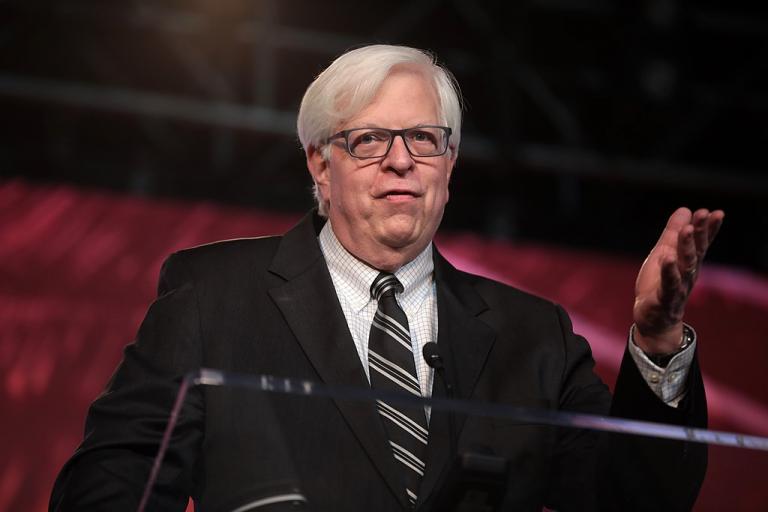 Writer and radio host Dennis Prager has written a hilarious–but also dead serious–essay entitled How the Left Keeps Me Religious.

Prager, who is Jewish, said that he isn’t a particularly “spiritual” person.  But that the Godless left puts forward such absurd beliefs, is so morally blind, and is so creatively bankrupt, that he has become convinced that there must be a God after all, and that religion–which has a far better record–must be true.

Read the whole essay, published by National Review.  Here are some excerpts:

The force that has most propelled me to religion is the great (secular) religion of the last hundred years: the Left. If most people of the Left (the Left, not liberalism) — people who have not only rejected but scorned God, Judaism, Christianity, and the Bible — were decent individuals, were committed to intellectual honesty, and had produced some great art and works of wisdom, then leftism would have constituted a serious challenge to my religious beliefs.

But the very opposite is the case. While liberals have done some good, everything the Left has touched it has ruined. The most obvious example is universities. As Harvard professor Steven Pinker, a liberal and an atheist, put it, the Left has rendered the universities a “laughingstock.”

The most godless, religion-free, and Bible-free institution in the West — the university — has become the both the stupidest and most morally corrupt institution in the West. That is what first awakened me to the indispensability of God, religion, and the Bible. I first wrote about it some 25 years ago (“How I found God at Columbia”).

Let’s begin with the moral. The Left and the universities teach gullible young students lies, immoral ideas, and foolish doctrines. At almost any university in the English-speaking world, the United States — arguably the most decent large society in history — is depicted as a vile society, founded by bigots who engaged in genocidal evil, sustained by racism, misogyny, xenophobia, and greed. Its wars are depicted as racist and imperialist. Students are taught that it is a racist “microaggression” to say that “there is only one race: the human race” or “America is a land of opportunity” or “I try to treat everyone the same.” At universities, minority students are taught that they are hated by all white Americans — perhaps the greatest libel since the medieval blood libel that charged Jews with killing Christian children to use their blood for Passover matzos. . . .

The godless Left and universities teach that there’s no male and female in the human species, that these terms are mere “social constructs.” A few weeks ago, two trans females came in first and second place in a Connecticut high-school track race for girls. These runners won solely because they were biological males. Yet, not only they were allowed to race against females, but they also set new records in Connecticut girls’ track. Anyone who complained that this was unfair — which to every non-leftist it was — was attacked by the Left as a “hater.” A writer for The Nation defended the male bodies that won the races because, in his moronic words, “trans women are in fact women” (italics added). As I showed in my last column, truth has never been a left-wing value.

Moreover, I could not find one “feminist” organization that defended the girl runners of Connecticut. Feminism is no more interested in protecting women than Communism was in protecting workers. . . .

The God-centered West produced Bach and Michelangelo. The Left, which dominates music and art, has produced mostly junk; there is nothing higher to aspire to, as excellence is not a left-wing value and the Left uses art to shock, not inspire.

That’s an interesting way to argue, looking not just at the internal logic and external evidence for a set of ideas but looking at their consequences.  It’s a version of the Bible principle of “by their fruits you shall know them” (Matthew 7:16-20).  We can know that Marxism is wrong not just because of the flaws in its economic analysis but because the societies based on its principles have been totalitarian nightmares.

I suppose this approach doesn’t give us “rigid proofs,” since an idea might be true despite its consequences, but it can be a useful guide.

Atheists, of course, reject Christianity on the grounds that it has given us various kinds of oppression.  But the malfeasance of the church does not disprove that God became Man and that Jesus rose from the dead.  In fact, it is evidence for one of Christianity’s most important claims, that human beings are all depraved sinners.  Nevertheless, the church, acting on its Christian convictions, did invent hospitals, schools, and universities (which makes their current condition so ironic).  And Christianity has played a big role in the rise of human rights, universal literacy, political freedom, and modern science (despite the misconceptions).  Yes, other ways of thinking also played a role.  But the political left, with its purges, gulags, and re-education camps (including for scientists who made discoveries that did not conform to Marxist-Leninist-Maoist orthodoxy), not so much.

I do think the argument from art is interesting:  Evaluating a worldview on the basis of the quality of the art that it has inspired.  But you have to take in the big picture, not just individual contemporary manifestations, which may well fall short of better craftspeople on the other side.  Christianity did indeed give us Bach, Michelangelo, Rembrandt, Dante, Shakespeare, Milton, Hopkins, Eliot, Tolkien, etc., etc.   That’s a lot better than the stereotypes of muscular workers and top-hatted capitalists of socialist realism, the one Marxist-approved artistic style.

I think the real force of what Prager is saying comes not so much from particular cultural contributions but from the spiritual poverty that is manifest in the Godless Left, the politicizing of everything, the hermeneutics of suspicion that can only breed cynicism, the hostility to ordinary life that comes from the conviction that it all must be overthrown.

If that is the consequence of Godlessness, then anything that can help us avoid that mindset–such as religion–will be a great good. 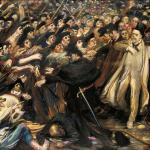 April 3, 2019
We're Not Supposed to Have a Democracy
Next Post 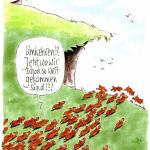 April 5, 2019 Where the Left Got Its Ideas about Oppression, Sex, & Gender
Recent Comments
0 | Leave a Comment
Browse Our Archives
get the latest from
Cranach
Sign up for our newsletter
POPULAR AT PATHEOS Evangelical
1 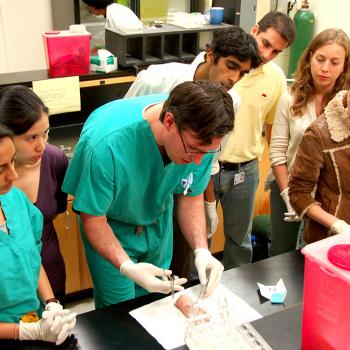