The Dawning of the Age of Pelagius

Christianity Today has published a remarkably insightful article by the junior senator from Missouri, Josh Hawley entitled The Age of Pelagius. An adaptation of a commencement address at King’s College, the piece argues that the ancient heresy of Pelagius–that we are saved by our will–is at the heart of many of our cultural and moral controversies today.

That we are unused to hearing this level of analysis from an election official is itself telling, but Sen. Hawley, the youngest member of the Senate at 39, is being hailed as a rising star of the conservative movement and the Republican party for his ability to bring together conservatism and populism, as in the way he is leading the charge to apply anti-trust law to Google, FaceBook, Apple, and Amazon.

At any rate, consider what he says:

Pelagius held that the individual possessed a powerful capacity for achievement. In fact, Pelagius believed individuals could achieve their own salvation. It was just a matter of them living up to the perfection of which they were inherently capable. As Pelagius himself put it, “Since perfection is possible for man, it is obligatory.” The key was will and effort. If individuals worked hard enough and deployed their talents wisely enough, they could indeed be perfect.

This idea famously drew the ire of Augustine of Hippo, better known as Saint Augustine, who responded that we humans are not achievement machines. We are fragile. We are fallible. We suffer weakness and need. And we all stand in need of God’s grace.

But Pelagius was not satisfied. He took his stand on an idea of human freedom. He responded that God gave individuals free choice. And he insisted that this free choice was more powerful than any limitation Augustine identified. . . .Pelagius said that individuals could use their free choice to adopt their own purposes, to fix their own destinies—to create themselves, if you like. That’s why a disciple of Pelagius named Julian of Eclanum said freedom of choice is that by which man is “emancipated from God.”. . . .

Perhaps the most eloquent contemporary statement of Pelagian freedom appears in an opinion from the United States Supreme Court, in a passage written by former Justice Anthony Kennedy. In 1992, in a case called Casey v. Planned Parenthood of Southeastern Pennsylvania, he wrote this: “At the heart of liberty is the right to define one’s own concept of existence, of meaning, of the universe, and of the mystery of human life.”

The Pelagian view says the individual is most free when he is most alone, able to choose his own way without interference. Family and tradition, neighborhood and church—these things get in the way of uninhibited free choice. And this Pelagian idea of freedom is one our cultural leaders have embraced for decades now.

But here’s the paradox. For all the big talk about individual freedom, Pelagian philosophy has made American society more hierarchical, and it has made it more elitist.

This is no accident. Pelagius himself was most popular with the old senatorial families of Rome—the wealthy, the well-connected. The aristocrats. They were his patrons. And why? He validated their privilege and their power.

Because if freedom means choice among options, then the people with the most choices are the most free. And that means the rich. And if salvation is about achievement, then those with the most accolades are righteous, and that means the elite and the strong. A Pelagian society is one that celebrates the wealthy, prioritizes the powerful, rewards the privileged. And for too long now, that has described modern America.

Sen. Hawley goes on to explore the political and economic implications of Pelagianism.  Let’s think some more about the moral and cultural issues.

A question presents itself:  If we reject Pelagianism, doesn’t that mean we reject freedom?  Not at all!  Freedom is a good thing.  It is a moral necessity, since there can be no virtue if a person is forced to do the right thing.  An action must be taken freely if it is to have moral significance.  The will is a crucial faculty of the mind and the personality.

But this is exactly what we are seeing in the Age of Pelagius.

As I have often pointed out, postmodernist ethics are built around the will.  Advocates of abortion call themselves “pro-choice.”  Whatever the woman chooses in regards to her pregnancy and her child is right for her.  If she is forced to have a child she does not want (another “will” term), that would be evil (which is why those who seem to be moral relativists can still demonize pro-lifers).  What determines the rightness or wrongness of an action is the presence of a willful choice.  This applies also in other issues, such as euthanasia (“if the patient chooses to die, who are we to say ‘no’?”).

Desire too is a function of the will.  But, unlike other exercises of the will, we do not necessarily choose our desires.  Our ethical tradition has stressed the discipline of not acting on some of our desires, of disciplining ourselves in the art of self-control and learning to desire that which is good.  But today, we have the mindset that if we desire something, we have the right to our desire’s fulfillment.  This is particularly true with our sexual desires.  Again, as in the “pro-choice” ethic, the Pelagian will is what bestows moral ratification.  This “pro-desire” ethic has given us the sexual revolution.  Thus the moral acceptance of homosexuality.  Thus the justification of same sex marriage.

But the centrality of the will has been ramped up even more.  The will determines physical reality. Transgenderism teaches that if a man desires to be a woman, he is a woman.  He may choose to have his body altered accordingly, though this, strictly speaking, is not necessary.  One’s “liberty” gives a person “the right to define one’s own concept of existence, of meaning, of the universe, and of the mystery of human life.”  Men or women can change their gender accordingly, and their self-chosen gender identity must be accepted socially, legally, and morally.

The reality, though, as Augustine and Luther underscored, is that the will is in bondage to sin.  The triumph of the will in every area of life means not liberation but slavery (John 8:34).  Pelagius and his followers are preoccupied with human glory, but they miss the realism and the grace of the Cross.  As Sen. Hawley says, “The Cross announces the weakness and need of every person.”  Ironically, the new Pelagianism blocks people in desperate need from their true hope and their true freedom:  “If the Son sets you free, you will be free indeed” (John 8:36). 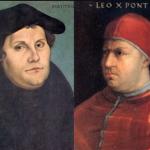 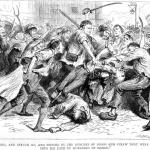