Josh Harris had earlier repudiated his book I Kissed Dating Goodbye, which launched the “courtship movement” and “the purity culture” that influenced a whole generation of Christian young people.  A few days ago, he announced that he is divorcing his wife of 22 years and leaving their three children.  The next day he announced that he is no longer a Christian.

In his Instagram post in which he renounced his Christianity, Harris quoted Martin Luther on how the whole life of the believer should be repentance.  (That is #1 of the 95 theses.)  Harris, who was once a megachurch pastor, said that he has “lived in repentance for the last several years,” and that he is now repenting his former opposition to the LGBT movement and to same-sex marriage.  Such all-pervasive guilt–which is not what Luther meant by repentance–has led him not to Christ but to running away from Christ.  “By all the measurements that I have for defining a Christian,” he concludes, “I am not a Christian.”

Rod Dreher gives him credit for refusing to stretch the Bible and distort Christianity to support his new unbelief.  Dreher brings up a recent discussion in which Harris said that it would make more sense to reject Christianity altogether than to accept the contortions of progressive theology, which try to interpret away the sexual prohibitions of the Bible.

Still, I wonder about “all the measurements that I have for defining a Christian.”  Such “measurements” may have led to his problems in the first place, defining Christianity first in terms of one’s “purity” and then turning against it when he fails his new purity tests.

David French, responding to Harris’s leaving the faith, recalls his own experience as a youth pastor, working with teenagers influenced by the purity culture.  French says that the problem with Harris’s approach is not that it upheld Christian sexual morality–that was the good part about it–but that it put forward a Christianity without Christ:

It worked like this — sexual sin stained young persons, even if Christ forgave them. They would walk into marriage diminished in some crucial ways. The white dress, fundamentally, was a lie. And the message wasn’t confined to sexuality. Did you drink? Did you smoke a joint? Each one of those things altered a person’s self-definition. They were no longer “pure.” They could never be “pure” again.

All too many times, I saw the despair. A young person would come to me and say, “I screwed up.” They would really mean, “I’m ruined.” Their storybook dreams were dead. A 17-year-old with (God willing) 70 years of life ahead of him would approach me carrying the awful burden of thinking that he had defined his life forever. He was no longer — and never would be — the person he wanted to be.

Sometimes the despair would trigger wild rebellion. If they’re “ruined,” then why should they care about obedience? There are two states of being — virgin or not, teetotaler or not — and if you’re not, then you might as well indulge yourself. Other times the despair would trigger constant, nagging guilt and regret. A girl would walk down the aisle to marry a man who loved God and loved her, and she’d feel a shadow on her soul.

In point of fact, the gospel message rests first on bad news, then on indescribably good news. The bad news is simple: You were never “pure.” It’s not as if sex or drink or drugs represent the demarcation line between righteous and unrighteous. They are not and were never the “special” sins that created particularly acute separation from God. Yes, they could have profound earthly consequences, but they did not create unique spiritual separation.

The indescribably good news is that from the moment of the confession of faith, believers are not defined by their sin. They’re not defined even by their own meager virtues. They’re defined by Christ. Moreover, they find that “for those who love God, all things work together for good, for those who are called according to his purpose.” This does not by any stretch mean that past sin wasn’t sin — one of my best friends is an eleven-years-sober addict who did dreadful things during his worst days — but it does mean that their past now gives them a unique ability to reach suffering people. Their terrible stories and past pain have been redeemed, transformed into instruments of grace and mercy.

Joy Pullman, from a Lutheran perspective, shows how legalism (the notion that Christianity is all about what I have to do) leads naturally first to antinomianism (the rejection of morality altogether, since I can’t achieve it) and then to unbelief (giving up on the whole impossible project).  This is a theological error, she says, that pervades contemporary evangelicalism:

Is there going to be a public reckoning with evangelicalism’s major heresies that fuel cycles of this kind of legalistic faddishness? As Harris’s experience — and the history of American Christianity (indeed, of the world) — shows, legalism leads inevitably to antinomianism. Antinomianism is the fancy theology term for rebelling against God’s law after observing how hard it is to keep it. It’s how Puritans turn into Social Gospelers. Thus, as is human nature, people ping-pong between opposite sides of the gutter rather than taking a straight course between them. But Christianity delineates the straight course, not the gutters.

The answer to legalism isn’t antinomianism. The answer to finding you can’t keep all God’s laws isn’t to say thus God must not actually have any laws. It isn’t to say “I believed that God has careful designs for sex and marriage, but I and lots of people can’t stay in line with them so I’ll just pretend God isn’t real or maybe none of his rules are.” It’s to receive the truth that God perfectly kept all his laws for you, which prompts such great joy that you actually begin to want to do what is right — which the laws defined in the first place. It’s not law or gospel, legalism or license. It’s both, which is liberty.

How many other tragedies, scandals, and apostasies among contemporary Christians are also due to this kind of theological confusion?  Reformed theologian Carl Trueman relates what happened with Harris to the meltdown of other leaders of the “Young, Restless, and Reformed” movement in Calvinist megachurches, of which Harris was a prominent figure (who took over a ministry vacated over a sex scandal).  Could such legalism and the consequent antinomianism and unbelief be a factor in the Roman Catholic sex scandals?

We Lutherans are not exempt from scandals like those, and antinomianism is a besetting heresy of ours.  But at least we are fixated on the distinction between the Law and the Gospel; how Christianity is not about our works but the work of Christ for us; that we are all “sinful and unclean” but that Christ redeems us “with His holy, precious blood and with His innocent suffering and death, that I may be His own and live under Him in His kingdom” (Small Catechism).

At a time when many evangelical theologians are running away from the doctrines of the Atonement and justification by grace through faith in Christ, this sad business is a reminder of the continuing necessity of a strong understanding of the Gospel.  Lutherans can help convey that to the rest of Christendom.  Meanwhile, as Joy Pullman concludes, “If you go to church, don’t go to one that consistently gets this basic and important point of theology wrong.”

Photo by Michael Henderson from Brisbane, Australia [CC BY 2.0 (https://creativecommons.org/licenses/by/2.0)] via Wikimedia Commons 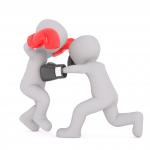 August 2, 2019 A Catholic Defense of Communism
Recent Comments
0 | Leave a Comment
Browse Our Archives
get the latest from
Cranach
Sign up for our newsletter
POPULAR AT PATHEOS Evangelical
1 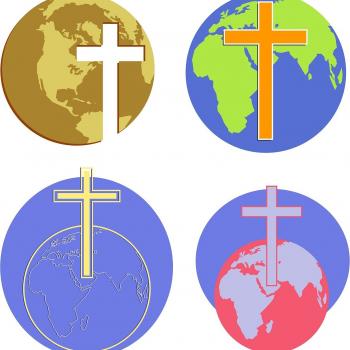