“When the Culture War Comes for the Kids”

“When the Culture War Comes for the Kids” September 26, 2019 Gene Veith 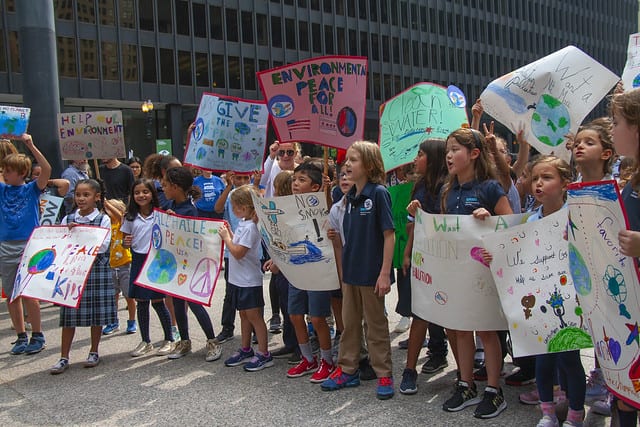 George Packer is a respected journalist with impeccable liberal convictions.  But in an article published in The Atlantic, no less, he expresses his dismay at how his son’s public school in New York City has been trying to politically indoctrinate children into the worldview of woke progressivism, rather than giving them an actual education.

Finally, his son was accepted into a prestigious public elementary school.  But then things started to go wrong.  “It was as a father, at our son’s school,” he wrote, “that I first understood the meaning of the new progressivism, and what I disliked about it.”  Imposing identity politics, gender ideology, and left-wing propaganda on elementary school children–in a climate that brooked no dissent–undermined even the Packer family’s traditional liberalism.  And in rejecting test-taking, objective standards, and content-based coursework, the school was failing its students academically.  Somehow, though, the snob appeal associated with the “meritocracy”–which, in practice, meant the pecking order of social hierarchies–was retained.

After you read Packer’s article, you should also read Matthew Continetti’s discussion of it, entitled “George Packer Gets Mugged by Reality.”   I’ll let Continetti tell you about it, with salient quotations from the article:

Parents opted their children out of standardized tests, which they deemed “structurally biased, even racist, because nonwhite students had the lowest scores.” Without tests, there was no way to measure the progress of the student body. The school, without telling parents, changed all of its bathrooms, “from kindergarten to fifth grade,” from single-sex to gender-neutral. At a Parent–Teacher Association meeting, families split into warring factions. One side was furious at the school for making such an important decision arbitrarily and autonomously. “The parents in the other camp argued that gender labels — and not just on the bathroom doors — led to bullying and that the real problem was the patriarchy. One called for the elimination of urinals.”

Packer’s family was distraught by Donald Trump’s election. He found, however, that the school had deprived his son of a vocabulary to understand and oppose Trump on the basis of liberal principles: “By age 10 he had studied the civilizations of ancient China, Africa, the early Dutch in New Amsterdam, and the Mayans. He learned about the genocide of Native Americans and slavery. But he was never taught about the founding of the republic.” Packer notes that Richard Carranza, the far-left chancellor of New York City schools, mandated anti-bias instruction for school employees that categorized “perfectionism,” “individualism,” “objectivity,” and “worship of the written word” as hallmarks of “white supremacy culture.”

And so on, and so on.  Packer describes how his children had become so worried all the time–about how they cried when President Trump was elected, how they fretted that climate change is destroying the earth, how they were angst-ridden because they are white and are thus responsible for slavery .  “We decided to cut down on the political talk around them,” he wrote.  “We just wanted them to have their childhood without bearing the entire weight of the world.”

And yet, reality intervenes.  I liked Packer’s description of how the primary-aged children reacted to the elimination of gender designations in bathrooms.  At first, they “held it,” waiting until after school to go to a bathroom where they wouldn’t be embarrassed.  But then, in an example of “spontaneous order,”  the children began going to the bathrooms they used to go to before the “boys” and “girls” signs were taken down.  The sexes re-segregated, following an informal rule despite the action of the adults.  The girls all started going to their old bathroom, and the boys went to the bathroom that still had urinals. 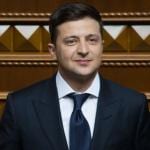 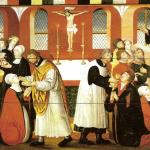 September 27, 2019 How the Reformers Were More Catholic Than the Catholics
Recent Comments
0 | Leave a Comment
Browse Our Archives
get the latest from
Cranach
Sign up for our newsletter
POPULAR AT PATHEOS Evangelical
1