Grace in a Courtroom 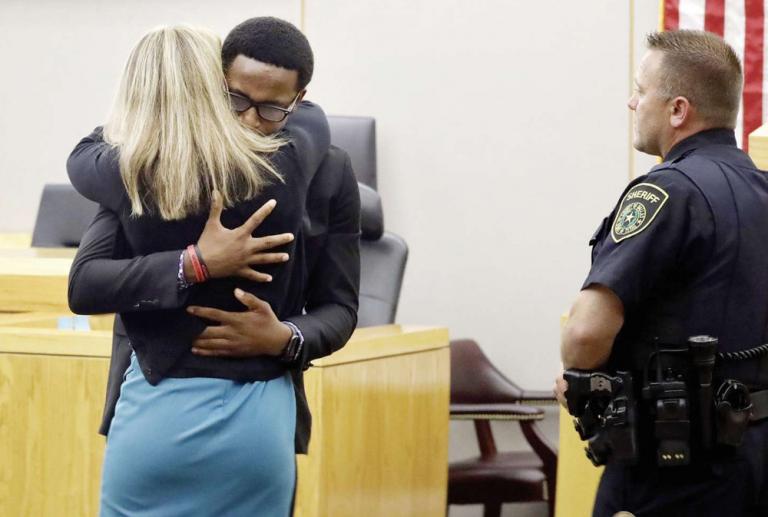 An off-duty police officer, Amber Guyger, came in to her apartment one night and saw a black man standing there.  So she shot and killed him.  But she had gone into the wrong apartment!  She was the intruder, and she killed a man in his own home.  At her trial in Dallas, she was sentenced to 10 years in prison.  Afterwards, the victims’ family gets to have a say.  The slain man’s brother, 18-year-old Brandt Jean, told Guyger that he forgave her and hugged the woman who killed his brother.  But there is more to the story than that.

Cut out of many news reports is what the young man said to her.  He was not just extending his personal forgiveness.  He was reaching out to her with Jesus.  Here is what he said, somewhat edited.  (See the video below).  From C. C. Pecknold, The Day the World Saw God in a Dallas Courtroom:

“I don’t want to say twice or for the hundredth time how much you’ve taken from us. I think you know that.”

“I love you just like anyone else…I personally want the best for you…I don’t even want you to go to jail. I want the best for you, because I know that’s exactly what Botham would want…And the best would be to give your life to Christ. Giving your life to Christ is the best thing Botham would want you to do. Again, I love you as a person, and I don’t wish anything bad on you.” Turning to the Judge, Brandt almost begged, “I don’t know if this is possible, but can I give her a hug please? Please?” The Judge conceded to the request, and Amber wept in Brandt’s arms.

Brandt was sharing Christ’s hard-won forgiveness, which poured over into his own ability to forgive.

Of course the killer wept.  The guard wept.  The aggrieved family wept. The judge wept and was moved to then give her Bible to the prisoner.  Everybody in the courtroom, I dare say, wept.  Brandt was under no obligation to forgive her.  The killer was not let off.  She still has to go to prison for 10 years.  But Brandt was extending to her a tangible picture of God’s grace, His unmerited favor, which is all the hope any of us have and which can lead us to treat others with grace as well.

That was an awe-inspiring, beautiful scene in that courtroom.  But some observers criticized the gesture, saying that white people presume on black forgiveness, that it lets them off the hook for their racial sins.  (See this response.)

Grace is indeed hard to understand.  It isn’t fair.  But it doesn’t let anyone off the hook.  It is transformative.

Today the general public thinks Christianity is all about morality and power (that is to say, politics).  They don’t realize that Christianity starts with our failure to be moral.  And that the solution has to do with the One who truly has power–God–laying it aside by becoming a human being, taking into Himself all the world’s moral failures, and dying on a cross.  But then rising from the dead to win for us a salvation that is wholly by His grace.

We Christians need to make it clear that while we do uphold the Law, our main message and what makes us Christians is the Gospel.  People will still misunderstand that and criticize us for it.  But showing grace–God’s grace–is mysteriously and wondrously moving, capable of melting the hardest hearts.

Friends, you’ve got to see the video: 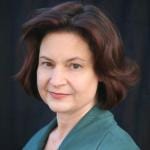 October 9, 2019
How Shrinking and Broken Families Give Us Identity Politics
Next Post 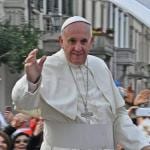