The Christology of the Pope’s Now-Denied Quotation

The Christology of the Pope’s Now-Denied Quotation October 17, 2019 Gene Veith 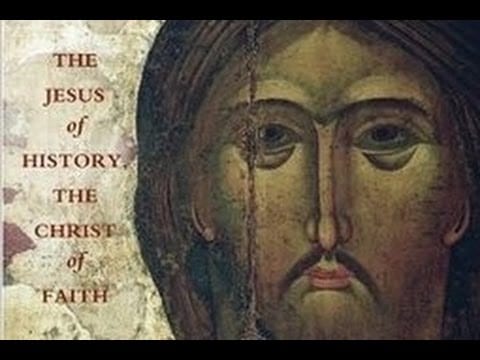 As we blogged about, the Italian journalist Eugenio Scalifari quoted Pope Francis as denying the deity of Christ, saying that “Once incarnate, Jesus stops being a God and becomes a man until his death on the cross,” and that “Jesus of Nazareth, once having become a man, was, though a man of exceptional virtues, not at all a God.’”  The Vatican, after a tepid first response, now denies that this is what the Pope said or believes.

Here is the Vatican statement, from the Catholic News Agency:

“The Holy Father never said what Scalfari wrote,” Vatican communications head Paolo Ruffini said at an Oct. 10 press conference, adding that “both the quoted remarks and the free reconstruction and interpretation by Dr. Scalfari of the conversations, which go back to more than two years ago, cannot be considered a faithful account of what was said by the pope.”

“That will be found rather throughout the Church’s magisterium and Pope Francis’ own, on Jesus: true God and true man,” Ruffini added.

So good, though it would help to hear from the Pope himself, as well as Scalifari, on what was said in the conversation that he reported.  Questions remain, but let’s set those aside for now and put the best construction on everything.  Roman Catholics and all members of the church catholic will be relieved to hear that the Pope holds to the teaching of historic Christianity, that Jesus is “true God and true man.”

The formulation in Scalifari’s article, though, whether or not the Pope said it, raises some interesting issues in Christology.  It states that Christ was God, as the Second Person of the Trinity; then, with the Incarnation, He was “not at all” God, but just a virtuous man; then, after His death and presumably His Resurrection and Ascension, He rejoins the Trinity and is God again.  This does affirm Jesus being “true God and true man,” but not simultaneously, holding the two natures one after the other.  So what’s wrong with that?

I can’t find this view, as such, in the Wikipedia list of Christological heresies.  It would seem to be a form of Monophysitism, the view that Christ has only one nature, though it differs from the versions opposed by the Church Fathers, in saying that He has only one nature at a time.

In the discussion of my blog post, some readers thought the quotation reflects a perhaps garbled understanding of the doctrine of kenosis, Christ’s self-emptying as described in Philippians 2:

Have this mind among yourselves, which is yours in Christ Jesus, who, though he was in the form of God, did not count equality with God a thing to be grasped, but emptied himself, by taking the form of a servant, being born in the likeness of men. And being found in human form, he humbled himself by becoming obedient to the point of death, even death on a cross. (Phil 2:5-8)

But if God emptied Himself to become a man, during the period of this Incarnation He was still a God who was emptied.  Otherwise, if God changed Himself into a completely separate being, that would not be a true incarnation.  Interestingly, another pope, Pius XII, in 1951 specifically repudiated the Christology in the Scalifari article:

There is another enemy of the faith of Chalcedon, widely diffused outside the fold of the Catholic religion. This is an opinion for which a rashly and falsely understood sentence of St. Paul’s Epistle to the Philippians (ii, 7), supplies a basis and a shape. This is called the kenotic doctrine, and according to it, they imagine that the divinity was taken away from the Word in Christ. It is a wicked invention, equally to be condemned with the Docetism opposed to it.

In saying that this view is “widely diffused outside the fold of the Catholic religion,” I suspect this Pope is referring to a teaching found in many liberal Protestant theologians (and some liberal Catholics) who distinguish between the “Jesus of history” and the “Christ of faith.”

According to this view, the “historical Jesus” was a human teacher who was crucified by the Romans for his radical ideas. Then, after his death, his followers had such a strong sense of his continued presence with them that they began to speak of his resurrection.  This was the beginning of the church, which eventually formulated the “Christ of faith,” turning their former leader into a God, interpreting his death as a redemptive sacrifice, literalizing his resurrection, and inventing all of the other Christian doctrines.  (These modernist theologians, of course, follow the historical-critical approach to Scripture, denying the historicity of the gospels, which they treat as accretions of the church as it constructs the “Christ of faith,” though one can still find in them clues about the “Jesus of history.”)

Liberal theologians who become ministers can still sometimes sound somewhat orthodox when they lead a church service.  They can speak of “Christ,” or even the divinity of Christ, as well as life-changing “Christ events,” similar to what transformed the disciples of the late Jesus.  But this does not depend on the “historical Jesus,” who did not rise from the dead or redeem the world, but can show us what true humanity looks like, give us an example of social radicalism, etc., etc.

Such theological liberals, in effect, treat “Jesus” as just a man, but treat “Christ” as God, similar to what the Scalifari quote does, which, however, at least affirms Christ’s pre-existence in the Trinity, something not always found in mainline liberal Protestantism.

Contrast this anemic faith with that articulated in the Athanasian Creed, (quoted from the website of Faith Lutheran Church, where one of my former students, the Rev. Gerhard Grabenhofer, is the pastor) which affirms the Two Natures of Christ (my bolds):

Therefore, it is the right faith that we believe and confess that our Lord Jesus Christ, the Son of God, is at the same time both God and man.

Although He is God and man, He is not two, but one Christ:

one, however, not by the conversion of the divinity into flesh but by the assumption of the humanity into God;
one altogether, not by confusion of substance, but by unity of person. 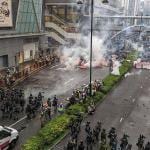 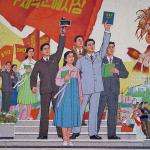