Many conservatives and Christians are responding to the same-sex marriage laws by saying that the government should just get out of the marriage business.  Since marriage is essentially a religious commitment, we should just leave marriage to the church.  Or, for the non-religious, just let marriage be a personal commitment between individuals however they want to do it.  Get rid of marriage licenses, divorce laws, custody courts, and family law.  Things like love, sex, and having kids should be matters of individual liberty and are none of the government’s business!

Well, it was the Protestant Reformation that wrest control of marriage away from the church’s canon law and turned over its regulation to the secular state.  Yes, marriage has a spiritual dimension, a vocation from God that images the relationship between Christ and the Church.  But it is also a secular contract, which establishes the fundamental unit of society:  namely, the family.  As such, marriage is arguably one of the relatively small number of matters that actually is the government’s business.

To speak of a “marriage contract” did not necessarily require a “piece of paper.”  Couples who lived together over a period of time without benefit of a ceremony or a marriage license were considered to have a “common law” marriage, with all of the financial and parental obligations as any other marriage, dissolvable only by divorce.

Jonathan Lange, a pastor in the Lutheran Church Missouri Synod, has published a provocative article in The Federalist arguing that many of our problems today in marriages, families, and the society as a whole have arisen because the government has essentially stopped enforcing the marriage contract.  From 10 Years Later, The Manhattan Declaration’s Defense Of Marriage Is Even More Needed:

When a woman enters motherhood, (Latin: “matrimony,” French “marriage”), her energies are refocused in fundamental ways. The physical, psychological, and emotional demands of pregnancy and child rearing affect every area of her life. Marriage serves as a legal contract to guarantee her the support of the child’s father both during these affected years and beyond.

When a man enters fatherhood, his life changes as well. His chromosomal connection to the child creates a legal and social obligation that is enforceable by law, whether he is married to the mother or not. Marriage seals his obligations to the mother while obliging the mother to cooperate with him in raising the child. . . .

When a couple files for a marriage certificate, they have every expectation that those issuing the certificate will enforce the contract. But so-called “no-fault divorce” laws changed that. As governor of California, Ronald Reagan signed the first one in 1970. Years later, he counted it among his biggest regrets.

Before long, every state was reneging on its promise to enforce marriage contracts. Knee-jerk calls to “get the government out of people’s lives” resonated with libertarians and libertines alike. Free love culture reasoned: If they want to get a divorce, they should be free to get a divorce.

The problem is that married couples never want a divorce—at least not initially. Rather, typically one party to the marriage wants a divorce while the other does not. “No-fault divorce” laws do not make the government neutral. They put it on the side of whoever values the marriage least.

The injustice is felt by the woman or man who accepted the up-front economic disadvantages of child-rearing relying on a promise of future fidelity. The person is defrauded when the promise is broken. A government that fails to hold people to their promises becomes party to that fraud.

Even worse, the children who ought to be protected from the loss of life, emotional support, education, and inheritance are completely disregarded. Divorce courts should admonish parents to work it out for the sake of their children. Instead, they usually rubber-stamp the breakup. All that remains is for the welfare state clumsily to micromanage the broken home and throw money at the child, as though that could substitute for losing a parent.

Rev. Lange is not talking about outlawing divorce.  Secular marriage laws have always had provisions for dissolving the contract.  But that used to require one of the parties to have broken the contract–by adultery, abuse, etc.–and the “guilty party” had fewer rights, such as child custody, after  the dissolution.  But “no fault” divorce, in setting aside the necessity to assign blame, made dissolving marriages easier, less stigmatizing, and thus more common.  In effect, Rev. Lange is arguing, the state stopped holding couples accountable to the legal obligations they entered into when they got married.  Since the state is not enforcing marriage contracts any more, what is supposed to be the strong pillar of society–the family–has become shifting sand, making the rest of the social order unstable and dysfunctional.

Furthermore, Rev. Lange says, the government’s refusal to protect children by working to keep their parents together is part of a larger anti-child agenda:

Those trying to intimidate Christians into silence have . . .passed laws that strip infants of legal defense both before and after birth. They continue to press a radical agenda that allows embryonic children to be bought and sold on the open market, and do precious little to halt the trafficking of older children. All the while, there is a never-ending parade of government-sanctioned indoctrination aimed at destroying the marriages of generations to come.

Rev. Lange concludes by making the case for the Manhattan Declaration, a manifesto on marriage issued 10 years ago, which made the connection between protecting marriage and the pro-life cause and which calls on Christians to defend the family at every level.

What do you think of this analysis?

How would this apply to same-sex marriage?  It seems to me that although traditional marriage law is oriented to the protection of children, as Rev. Lange details in his article, the laws encouraging the permanence of marriage could be applied to same-sex couples as well.  Churches could still insist on their Biblical, covenantal view of marriage.  (Just as the government has been remiss in enforcing the marriage contract, churches have been remiss in enforcing the marriage covenant.)

What do you think are the prospects of restoring legal protections for marriage?  How might that be done?

If our government refuses meaningful involvement in enforcing marriage contracts, is it, in effect, “getting out of the marriage business” of its own volition, giving marriage back to the church and individuals by default?  Are there ways that churches and individuals could make marriage into a permanent, foundational institution for the society as a whole?  Or must we reconcile ourselves to social chaos with churches as islands of stability? 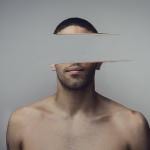 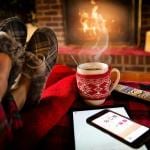 November 25, 2019 Home Alone
Recent Comments
0 | Leave a Comment
Browse Our Archives
get the latest from
Cranach
Sign up for our newsletter
POPULAR AT PATHEOS Evangelical
1