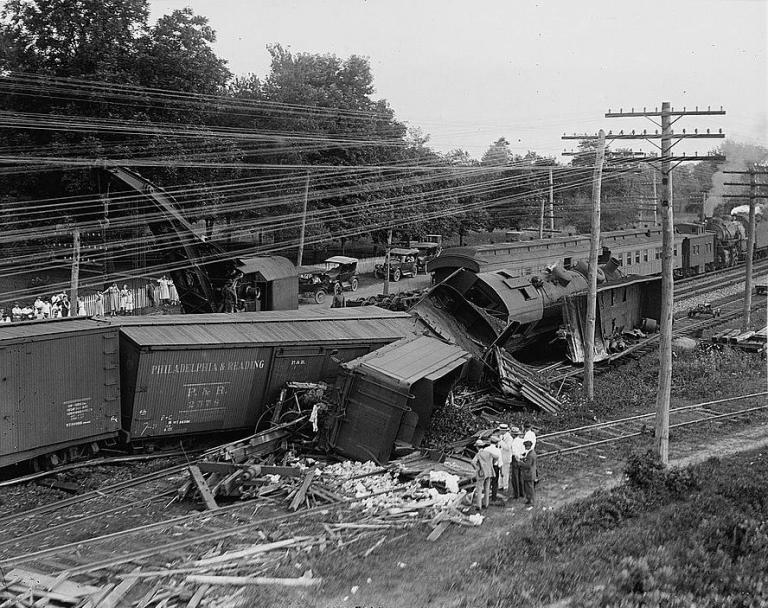 Are you watching the House impeachment hearings?  I have other things to do.  If you are, please feel free to report on them in the comments.  My sense is that I know what will be said and I know what the outcome will be.  But if and when the House of Representatives votes to impeach the president, the real train wreck will be when the Senate convenes for the trial.

Democrats are now realizing that the trial will likely give them some big problems.  Not just the possibility of sparking a sympathy reaction among the general public, as happened when the House impeached Bill Clinton, leading to Democratic electoral victories.  But some specific political landmines.

David Marcus in the Federalist has written an insightful analysis entitled 5 Reasons a Senate Trial Would Be a Nightmare for Democrats. Read it all, but here are his five reasons, with my summaries:

1. Losing Control Of the Process

In the House, the Democrats controlled the process.  And they took advantage of this control by shutting out Republicans, refusing to hear witnesses the Republicans wanted, and skewing everything to their party’s political benefit.  In the Senate, the Republicans, being in the majority, will get to do all of this.

And the Republicans running the Senate trial will probably use their control to call witnesses who will prove embarrassing to the Democrats.  People like Hunter Biden, maybe even Joe Biden.  I would add that Republicans might take the opportunity to bring into the public eye the principles in the Barr investigation into the “Deep State’s” alleged collusion with Democrats and foreign operatives.

3. Senators On The Trail

There are six Democratic senators running for president, including Bernie Sanders and Elizabeth Warren.  The word now is that the Senate trial would run for six days a week for six weeks.  With a House vote in December, the trial would take up at least the month of January.  The Iowa caucus is on February 3.  The trial would thus take out the prime campaigning time.  The candidates from the Senate could blow off the trial, which would be a public shirking of their duties, then return to cast their vote to remove the president from office without bothering to attend the trial.  The optics would not be good.

Republicans, says Marcus, would become unified and energized as they were with the Kavanaugh hearings, which would carry over into the presidential election.

5. The Odds Of Winning Are Not Good

The Democrats would put themselves–and the country–through all of this, even though the possibility of President Trump being removed from office in a Senate trial, where the Republicans are in a majority and conviction requires a two-thirds vote, is almost zero.

Upon his acquittal, Trump will be trumpeting (sorry) his vindication, as with the Mueller investigation!  Any allegation of bad behavior his Democratic opponents will throw at him will bring on the response, “But I was acquitted!”  Says Marcus, “the president will take so many victory laps that the track will need new asphalt.”

Democrats are already trying to find options.  One idea is to find three Republican senators who would vote with Democrats to require that the trial be decided by secret ballot, on the theory that most establishment Republicans can’t stand Trump and those on the Senate would be glad to vote against him if only they wouldn’t face a backlash from their constituents.  But that is surely wishful thinking, to put it mildly.

Marcus says that some Democrats are floating the idea of “censuring” the president instead of impeaching him.  A vote of “censure” would express disapproval of the alleged Ukrainian quid pro quo.  (Classicists, read how Democrats are blaming the Latin language)  Thus “holding him accountable” and preventing the president from claiming exoneration.

Here is an idea:  Let the voters decide!  There is a presidential election in 2020.  Let the people decide how to weigh the various allegations.  Why have an impeachment in an election year?  Why should Congress remove a president at the very time when the people themselves have the option of doing so? 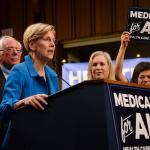 November 13, 2019
How Much Healthcare Will Cost When It's Free
Next Post 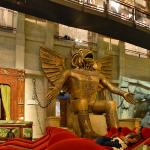 November 15, 2019 Moloch at the Colosseum
Recent Comments
0 | Leave a Comment
Browse Our Archives
get the latest updates from
Cranach
and the Patheos
Evangelical
Channel
POPULAR AT PATHEOS Evangelical
1