The Reformation and Science 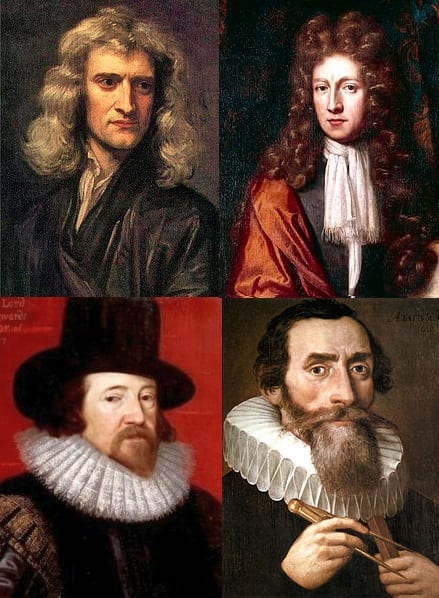 The notion that religion suppressed scientific knowledge until science finally threw off the shackles of faith has been thoroughly discredited by scholars, who have been showing the important role Christianity played in the rise of modern science.  Early Christianity and Medieval Catholicism made significant contributions, but the Reformation played a direct role in the scientific revolution.

He has published an article in the online journal Aeon entitled Reformation of Science with the deck “Protestantism didn’t hold back science – it revolutionised its methods, its theoretical content and its social significance.”

To take one example, according to Prof. Harrison, Luther dethroned Aristotle, whose deductive rationalism dominated both medieval theology and medieval science.  Aristotle taught that a sufficiently intelligent, contemplative individual could apply reason to come to a full understanding of reality, including both God and nature.  Luther and the other reformers taught that the human capacity to reason was damaged by sin, so that mere thinking about something from one’s own resources is not enough to fully understand it.  Rather, to find truth, we must look outside ourselves for evidence.

As a theologian, Luther did not formulate doctrines out of his own ingenuity.  Rather, he made a point of studying the Scriptures as the source of religious data and supporting his conclusions with evidence drawn from the Bible.  Such an approach, when applied to the knowledge of nature, would lead in fairly short order to scientific empiricism.

Luther, like the empirical scientists to come, lampooned some of Aristotle’s pronouncements about the natural order, which he made without carefully observing the natural order.  Prof. Harrison says that Luther’s emphasis on the limits of the fallen intellect would also manifest itself in other ways that would become important for science:

The new logic of experiment and systematic observation was also premised on the idea that reliable knowledge of nature would be hard to come by, both on account of wounded human capacities and because nature itself was no longer accessible in the way it once had been. Repeated sets of observations, conducted under specific conditions, would scrutinise a recalcitrant nature and help to compensate for human fallibility and cognitive limitations. At the same time, fallen human senses stood in need of artificial augmentation – most notably with the telescope and microscope. These instruments were admissions of human physical limitations in understanding the natural world.

The final piece of the Aristotelian paradigm to fall was the ideal that scientific knowledge would be been attainable by a few exceptional individuals. Now, instead, systematic study of nature could only be corporate and cumulative. Science would henceforth require the combined efforts of many minds, accumulated over the generations. These features of scientific investigation were together known as ‘experimental natural philosophy’, a radical new approach to knowledge that was contrasted with the insufficiently critical and interrogative methods of Aristotle.

There is much more to Prof. Harrison’s thesis, which he illustrates with extensive quotations from the Reformers and from the early scientists.  But I have to quote him on another Reformation teaching that proved to be of critical importance not only for the new science but also for its application in technology:  the doctrine of vocation.

For different reasons, Protestant Reformers also challenged the superiority of the contemplative life, which they associated with an unhealthy monastic retreat from the world. Luther insisted that true Christians should avoid emulating cloistered monks, who in his view, crept into corners or retreated to the wilderness. Christians, he urged, should ‘use’ the world: ‘to build, to buy, to have dealings and hold intercourse with his fellows, to join them in all temporal affairs’. . . .

Natural philosophy had traditionally focused on understanding rather than practical utility. Bacon and other scientific reformers derided this lack of worldly goals and argued that the study of nature be directed away from contemplation and personal edification and towards the practical task of restoring the empire of man over nature. . . .

This elevation of the active life went hand-in-hand with Lutheran and Calvinist notions of the sanctity of earthly vocations. The priesthood, on this view, was no more religious a vocation than any other. ‘All Christians,’ Luther maintained, ‘are of the spiritual estate, and there is no difference among them except that of office.’ Calvin strongly supported this ‘priesthood of all believers’. This general principle meant that for the first time the formal study of nature could be regarded as a priestly activity. The ideal of the scientist-as-priest would subsequently become a common motif among 17th-century Protestant natural philosophers. Kepler, for example, had originally studied theology at Tübingen with the intention of becoming a Lutheran minister: ‘I wished to be a theologian; for a long time I was troubled, but now see how God is also praised through my work in astronomy.’

What a great quote on vocation from Kepler!  I have heard this echoed by many people in many different callings  when they finally understand vocation.  They often say how had been “troubled” because they thought they should have gone into church work to truly serve the Lord, but are now exhilarated when they realize that they can serve God by serving their neighbor as they use the talents and inclinations that God has given them.  To think that Kepler and other pioneering scientists felt the same way!

“I wished to be a theologian; for a long time I was troubled, but now see how God is also praised through my work in astronomy.”  Kepler